Sally Dark Ride are designers of the the new Justice League: Battle for Metropolis dark ride that is located at Six Flags Over Texas and St. Louis. The new dark ride uses a blend of media content for the interactive game play and physical sets and figures to help complete the story. The two rides have the same content and story, but are configured in different layouts. Animatronics and show action equipment were built by Sally. The ride system is built by Oceaneering, who built the motion based vehicles of Transformers and Spiderman. The vehicle in Battle for Metropolis seats six and they have 8 cars located in the Texas version. The media was made by Pure Imagination and the scenic elements were fabricated by Lexington Fabrication. The St. Louis version is located in their old Scooby Do boat ride building and the Texas version is housed in the park’s old IMAX theater in addition to two expansions of the building.

In my model I made the Sigs Flags over Texas version of the ride. The base is constructed on wood and cardboard was used for all the walls and roofing in the model. The prop barrels were cut from wood. The animated Joker figure and his vehicle were fabricated out of cardboard along with the ride vehicle. Media content was grabbed from an on-ride video and scaled to the appropriate size of the model. The hardest part of the entire project was the Hall of Justice facade. It was created from a photo of the real facade then I traced over the image with the new graphics and text. The entire file was made in Pages on my iMac. This model started construction on July 28, 2015 and completed on September 13, 2015. This model could not have been possible without the huge help of Rich Hill from Sally. 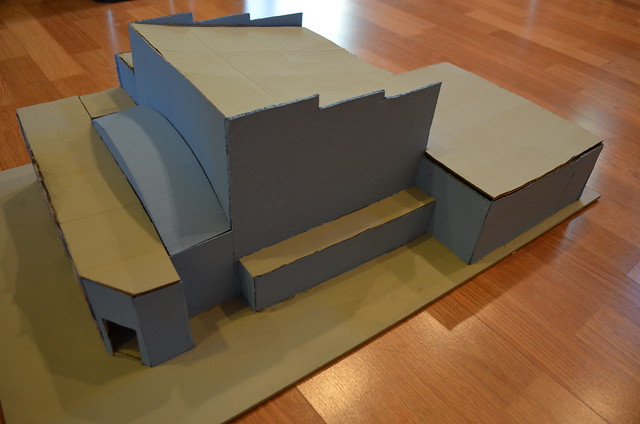 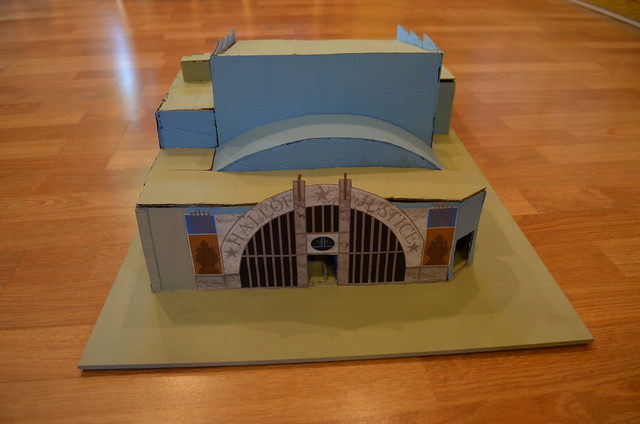 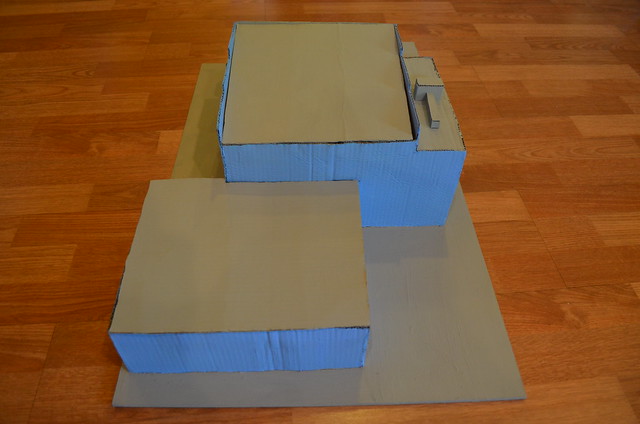 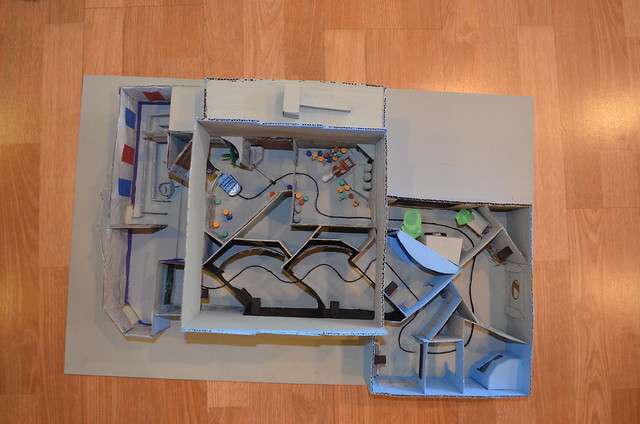 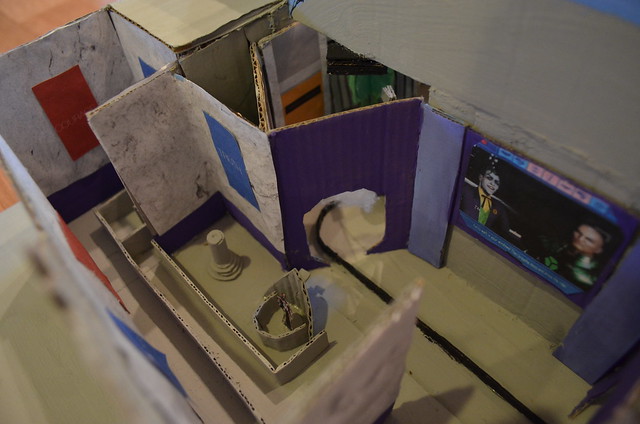 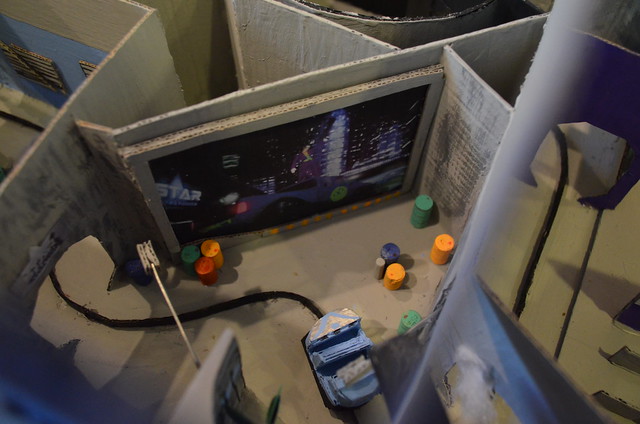 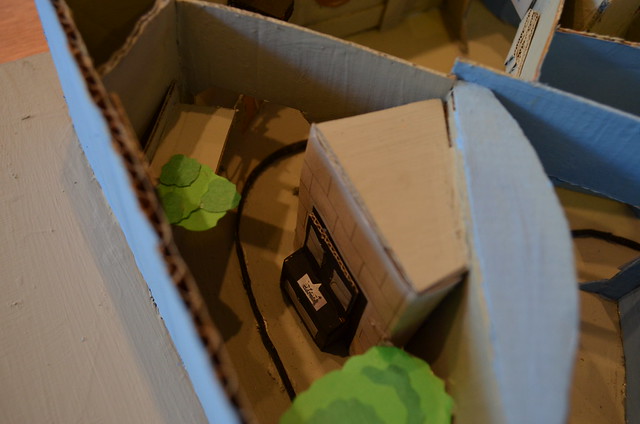 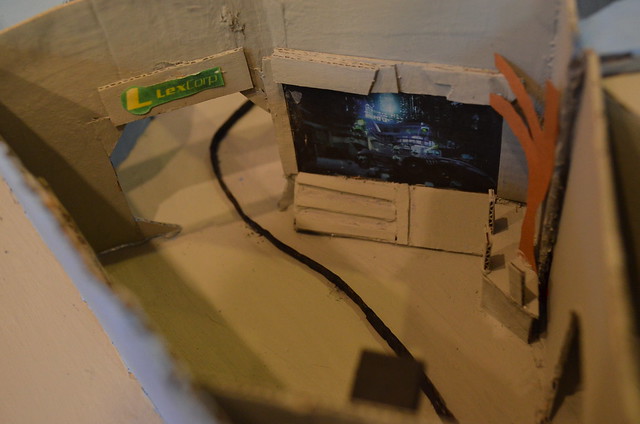 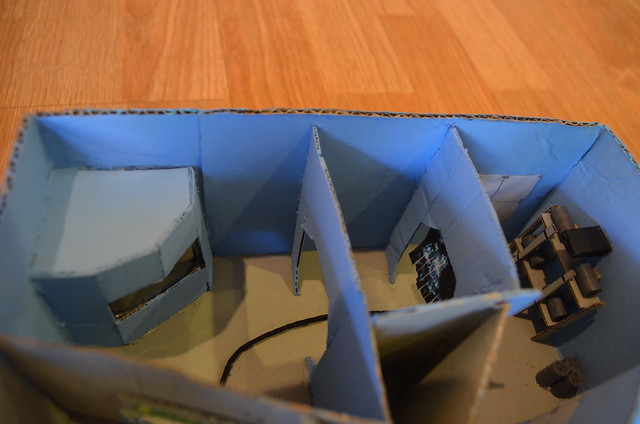 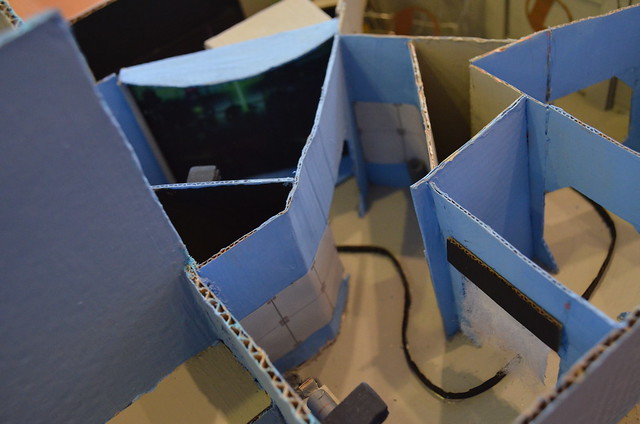 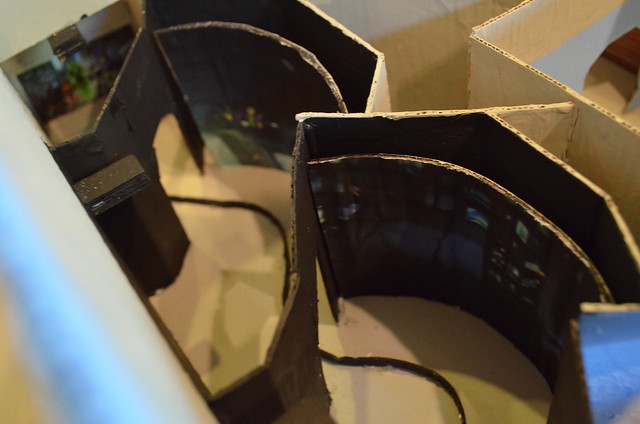 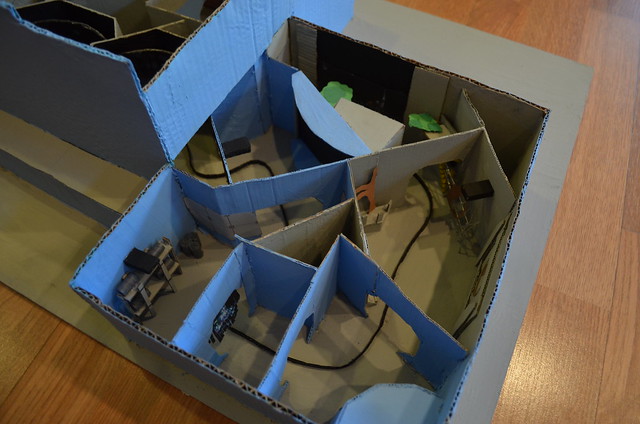 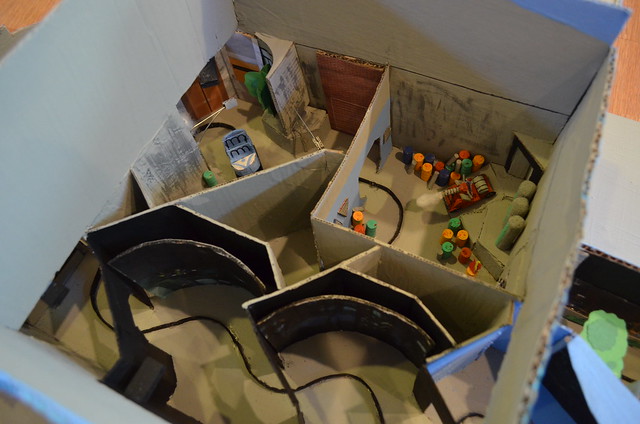 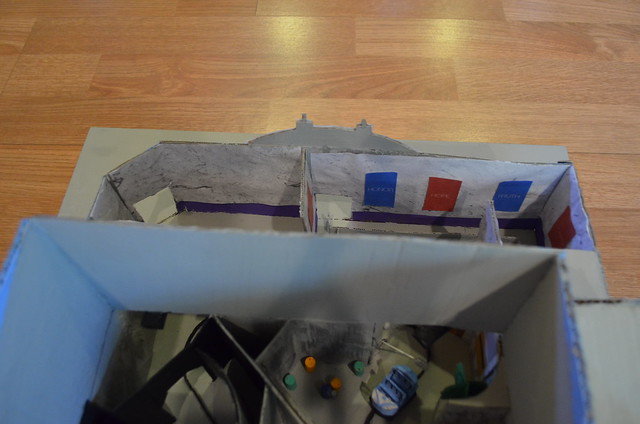 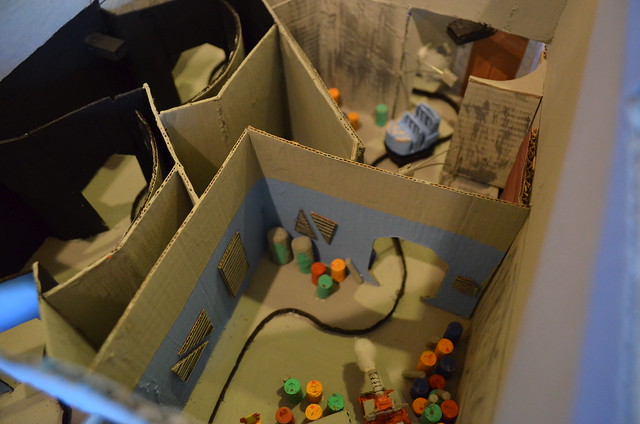 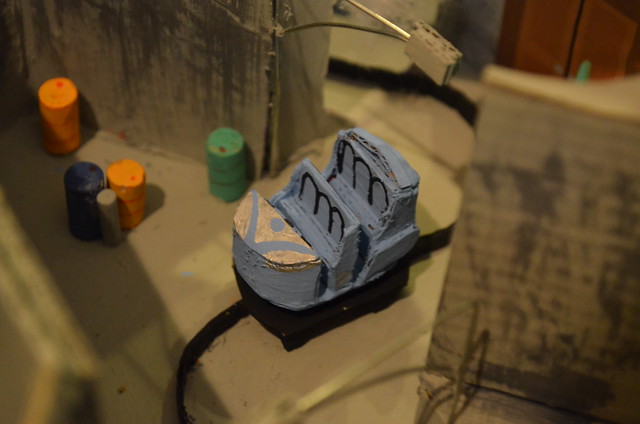 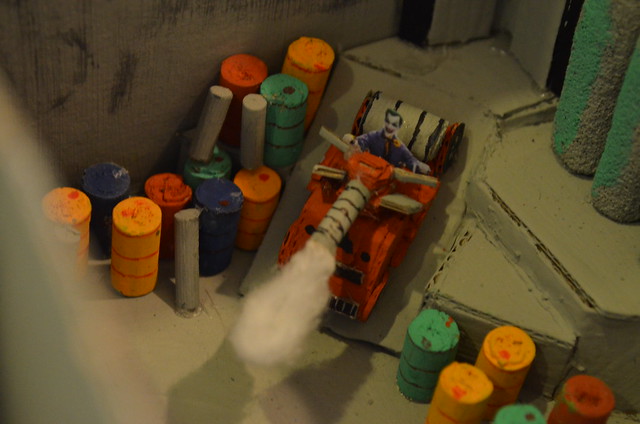 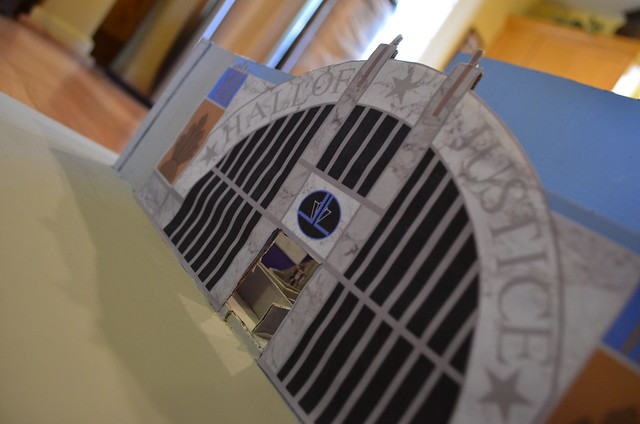 Thanks for checking out my latest model. I have some smaller, non-theme park ride models in the pipeline, so check back soon for more information on those. In the mean time, expect lots of coverage on theme park haunts as the Halloween season has arrived!