One day I was talking to my friend Morgane Keesling and I mentioned how I’ve been doing some commissioned models recently. To my surprise, she asked me to create a model for her!

I started this house of the future model by sketching out ideas of how the model could be made, I need something that would show the clean cuts and shapes of the building, but also allow for clear windows. I then decided laser cut acrylic would be the way to go. I created the building’s files in Illustrator and sent them to Ponoko for cutting. I previously used Ponoko’s laser cutting services to make a model of the new Apple Campus. 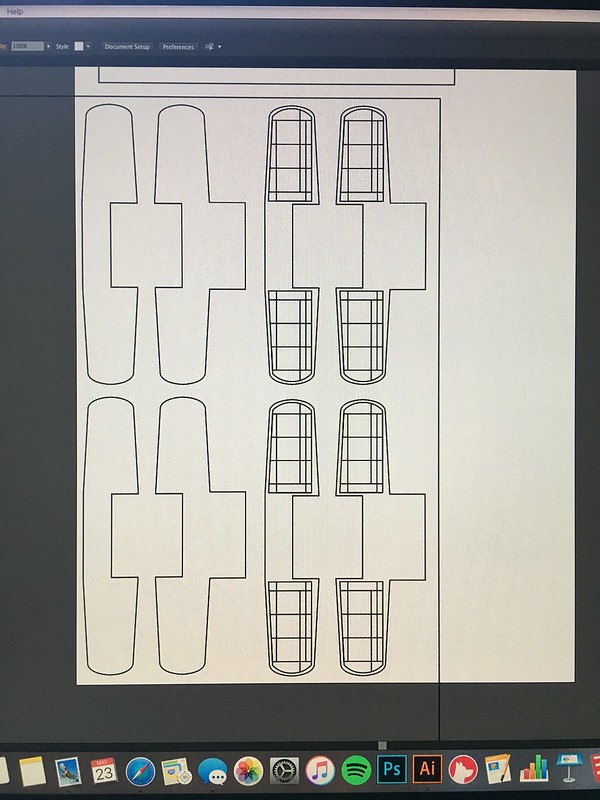 I designed the building so the perpendicular wings would lock together, almost like a 3D jigsaw puzzle. 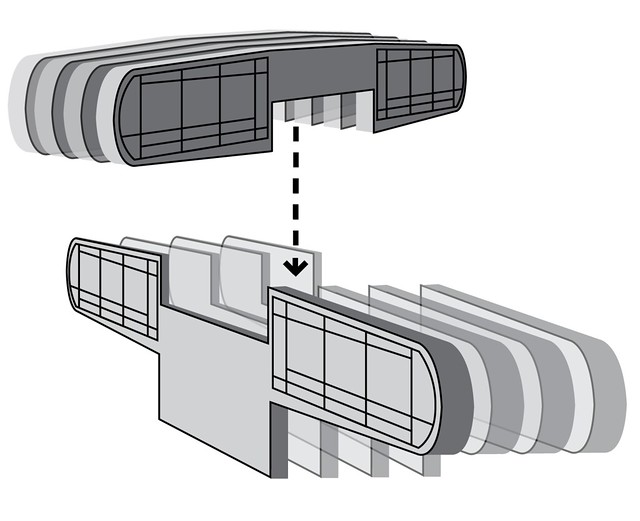 The parts and arrived and I did a fit check to make sure everything was there. 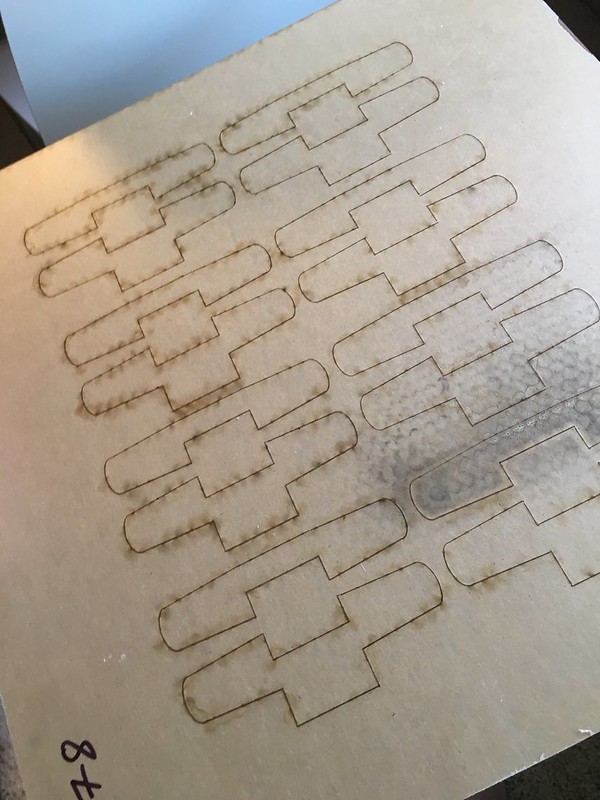 The smell of lasercut acrylic is up there with the smell of the water from Pirates of the Caribbean. 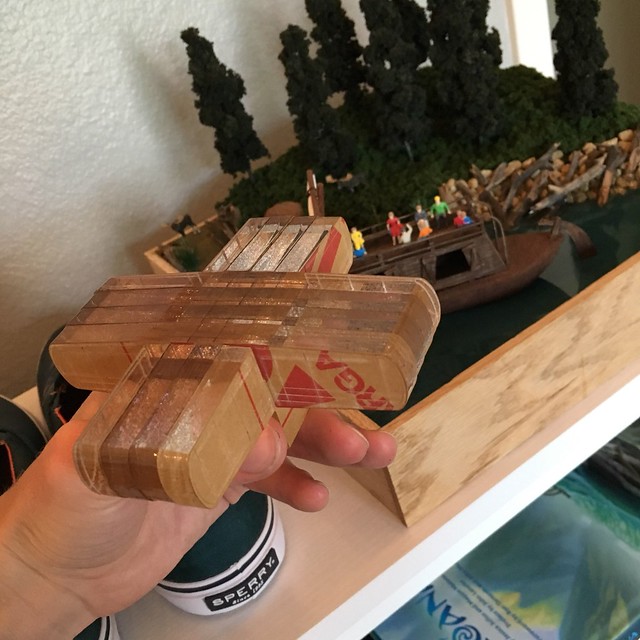 I then started work on the base of the model and carved out a little pond. 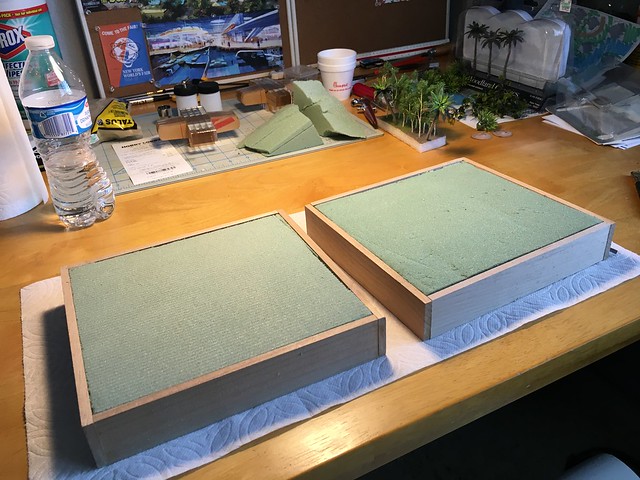 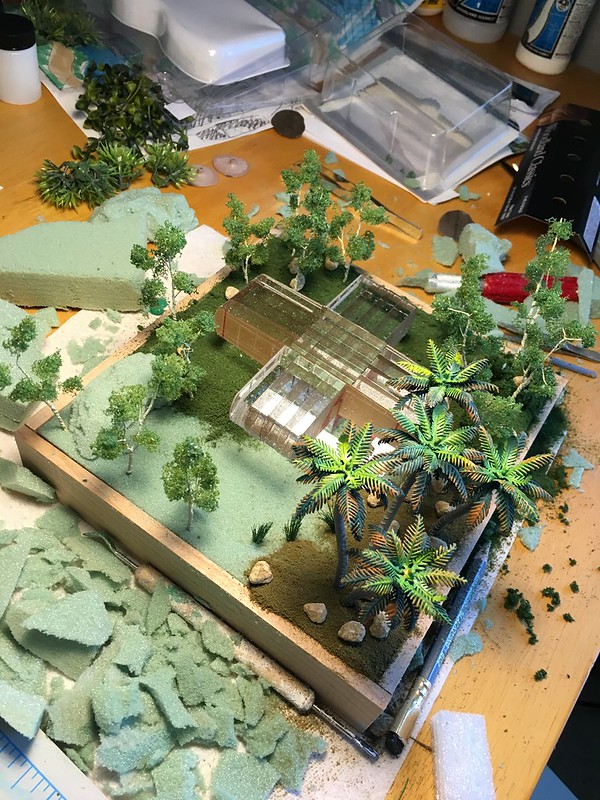 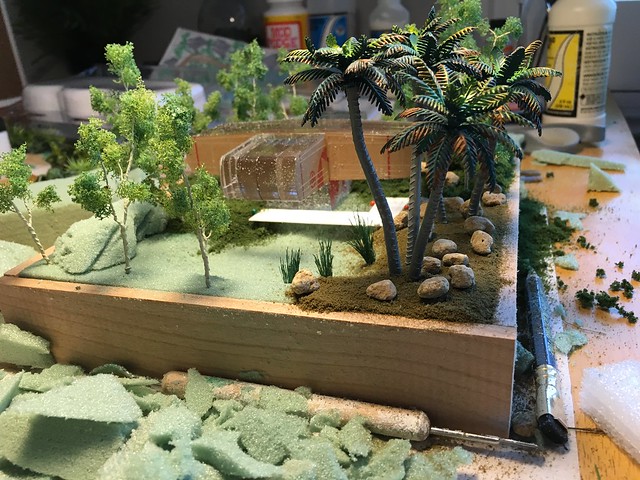 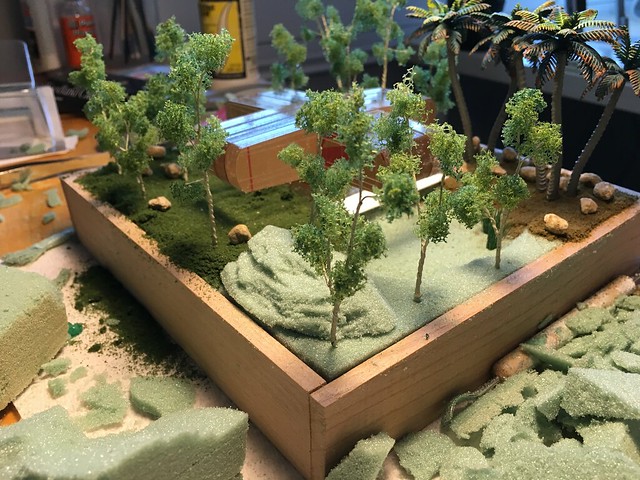 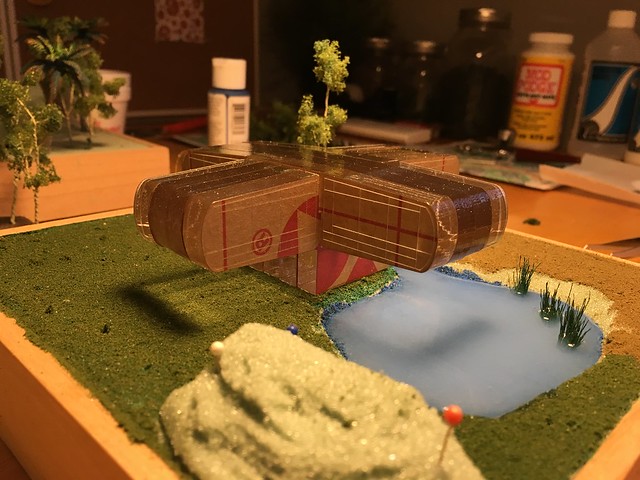 The protective paper was removed from the acrylic and the center frames were glued together. I painted these panels blue to give depth then the outside panels were glued on. I glued the acrylic with J-B Weld, that stuff has one of the strongest and unpleasant smells ever. 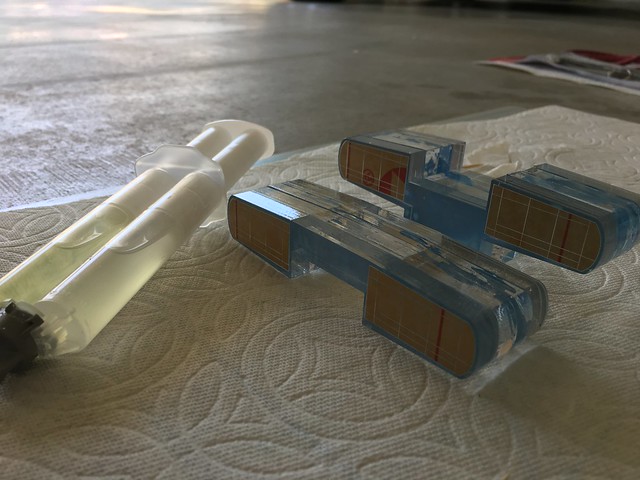 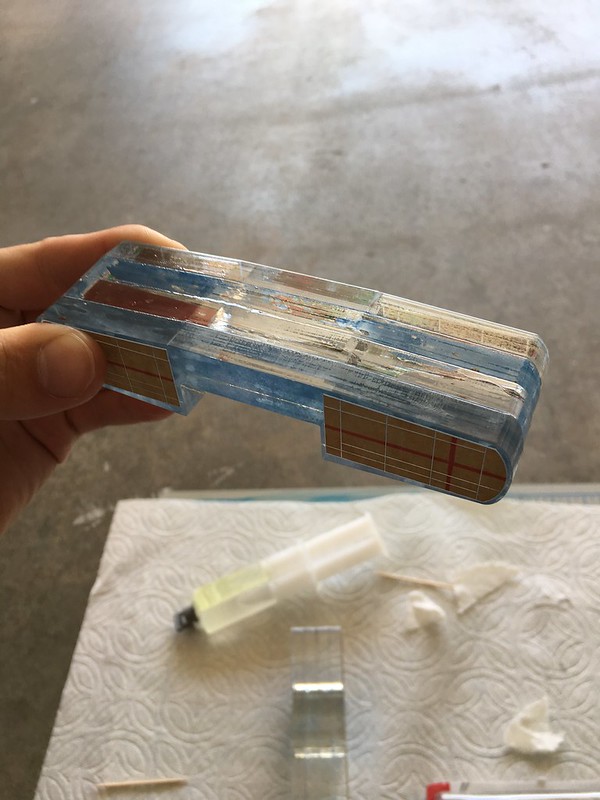 Once all the panels were glued together, I airbrushed the entire model white. I then removed the protective paper that covers the windows and the blue from the back shows through giving depth to the house. 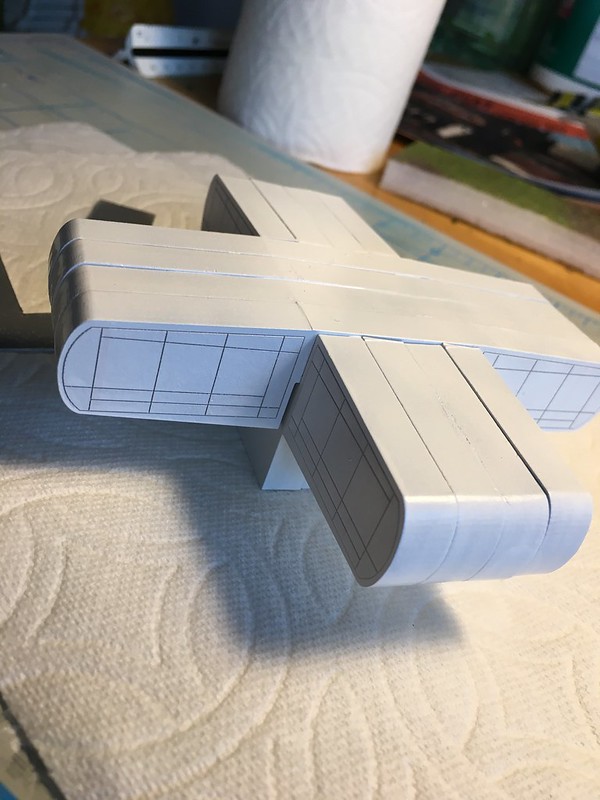 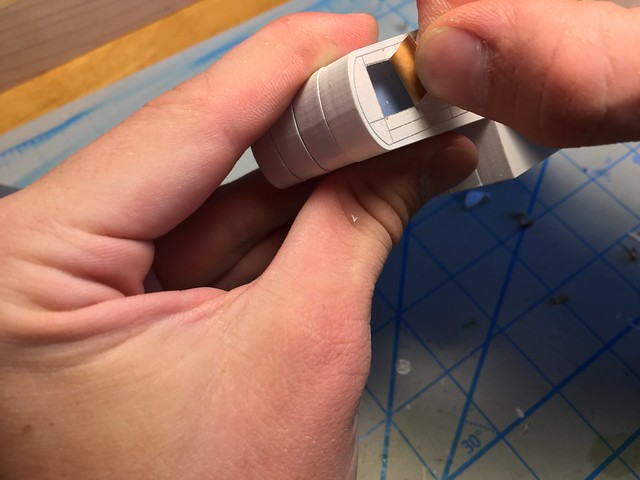 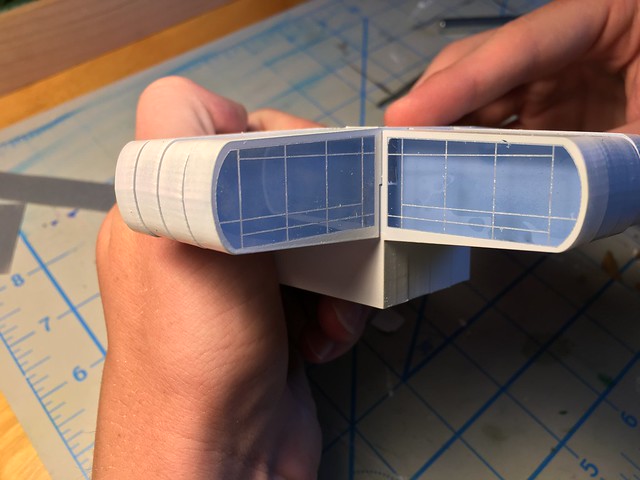 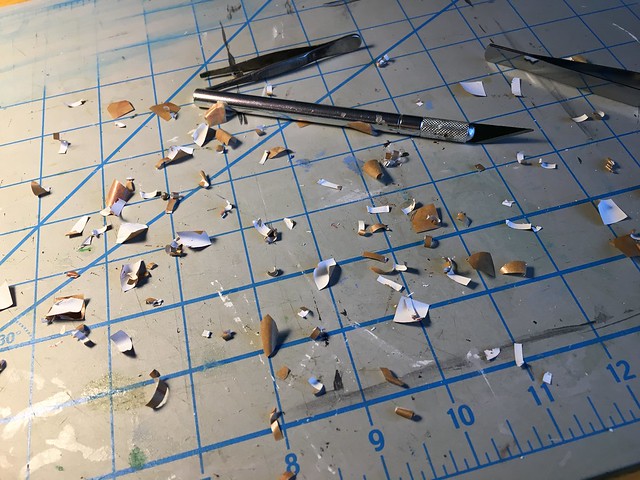 The removed paper from just one corner of the house.

I then attached the house to the landscaped base and the model was finished! 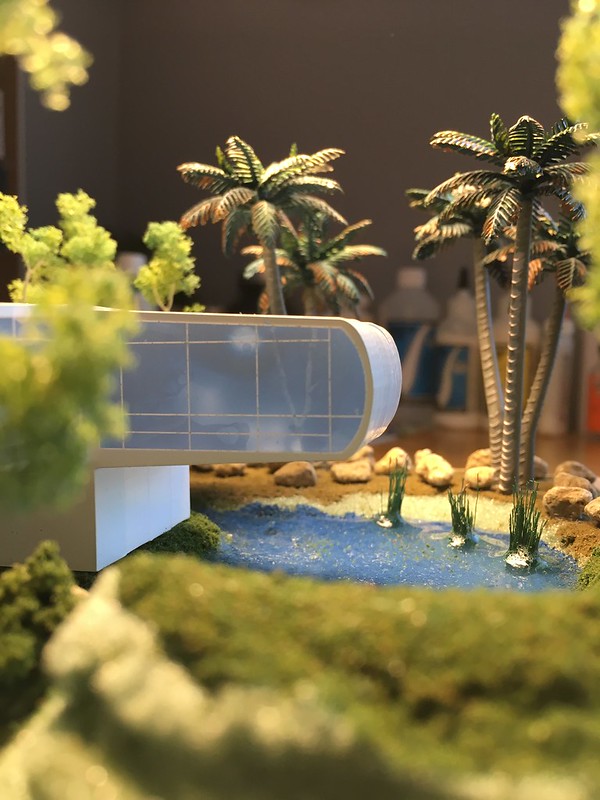 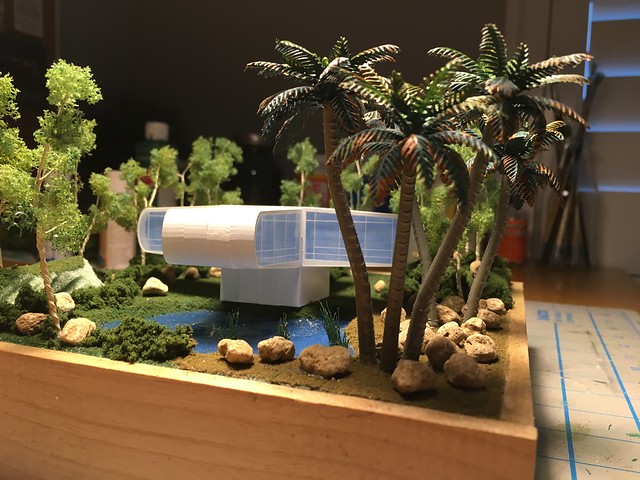 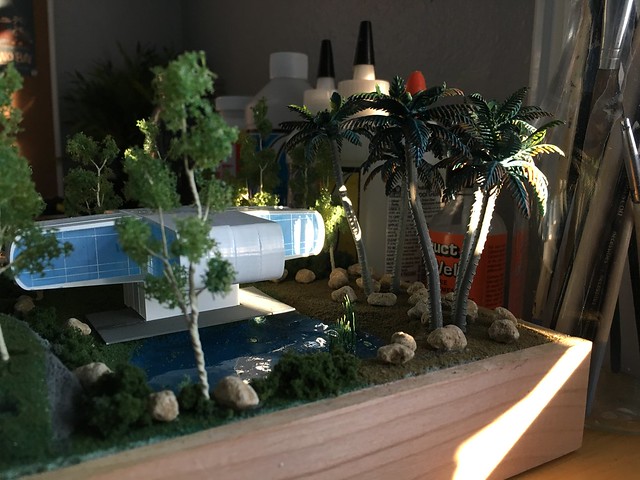 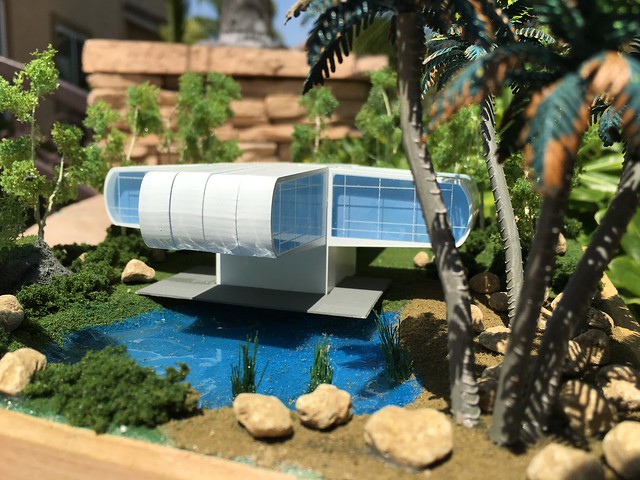 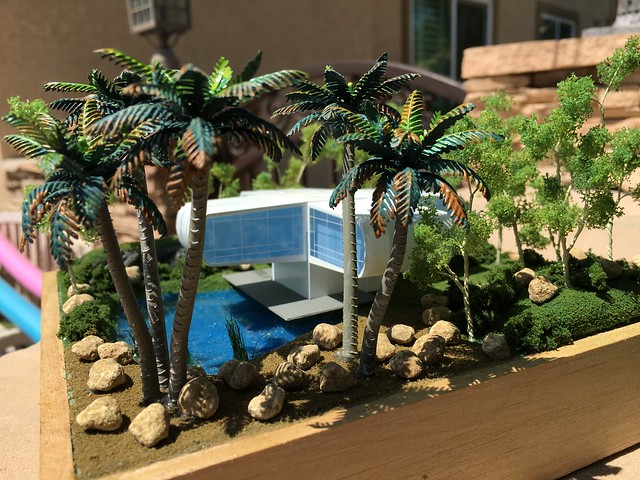 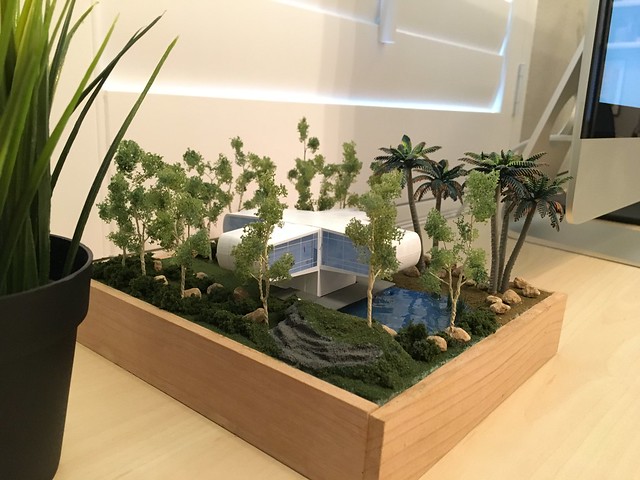 Now the model sits proudly on Morgane’s desk at work. One of my models is now on display at a theme park design firm, how awesome is that! 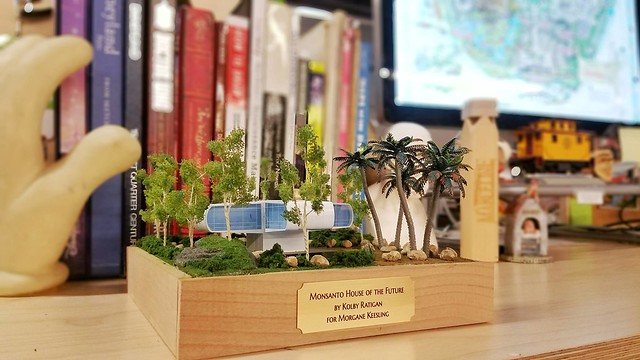