One of the many things I do when finishing a model is planning the next one. I came up with the concept of a Timber Mountain Log Ride over the summer when the remodeled version opened. I started planning in November of 2013. I studied the ride’s layout and watched videos over and over to prefect the plans to make this ride. I started by drawing sketches of the ride’s scenes with the props and Audio Animatronics.

I then go on the ride and recored the whole ride and queue and take pictures. Knott’s Berry Farm allows flash photos on their attractions so that works so fantastically. I went on the ride many times so I could take all the photos I needed of the ride’s inner workings and sets. Those pictures will help me make the figures and props when I add all the details to the model.

The ride opened in 1969 and was the world’s first themed flume attraction. Bud Hurlbut, theme park legend, built the ride along with the older Calico Mine Train. The ride was a breathtaking masterpiece. Former Imagineer Tony Baxter was also inspired to build Splash Mountain later in his career. The ride system uses a fiberglass flume with free flowing log ride vehicles that send up to 5 guest. There are 32 ride vehicles. The ride system was built by the legendary Arrow Development. The water for the ride is held in a 20 foot deep reservoir in the cavern scene. The water can fill the flume up in about 4 minutes and is drained every night.

The ride was given many Halloween layovers and a Christmas one too. These have now stopped after the 5 million dollar refurbishment preformed by  Garner Holt Productions. They added all new animatronics, over 50 figures! They even added a new ending with an explosion blasting down the highest peak in Ghost Town. Expect to hear more about Garner Holt Productions soon as they are building many new figures for Disney and are performing a complete overhaul of the Mine Train at Knott’s in vain of the massive Log  Ride refurbishment. 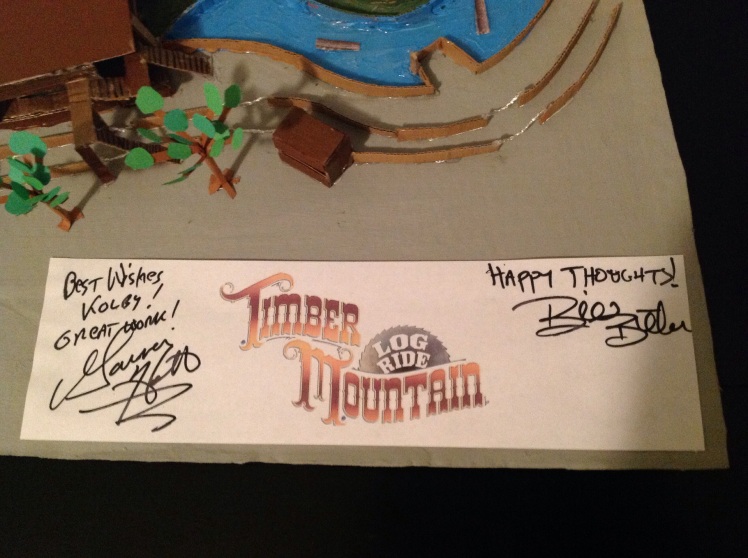 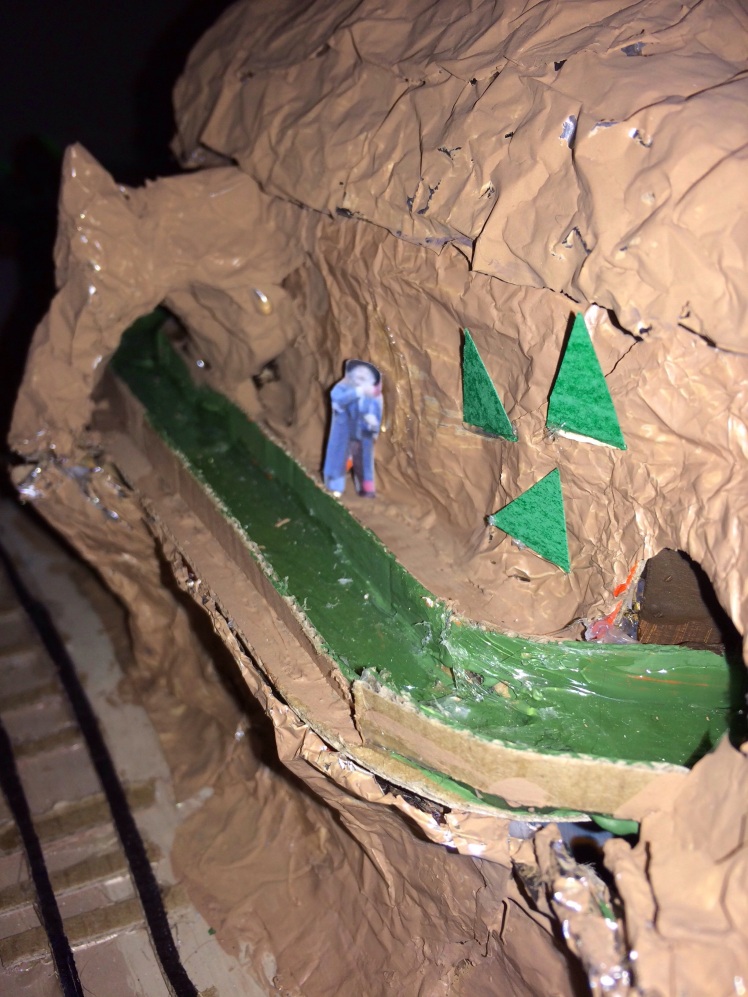 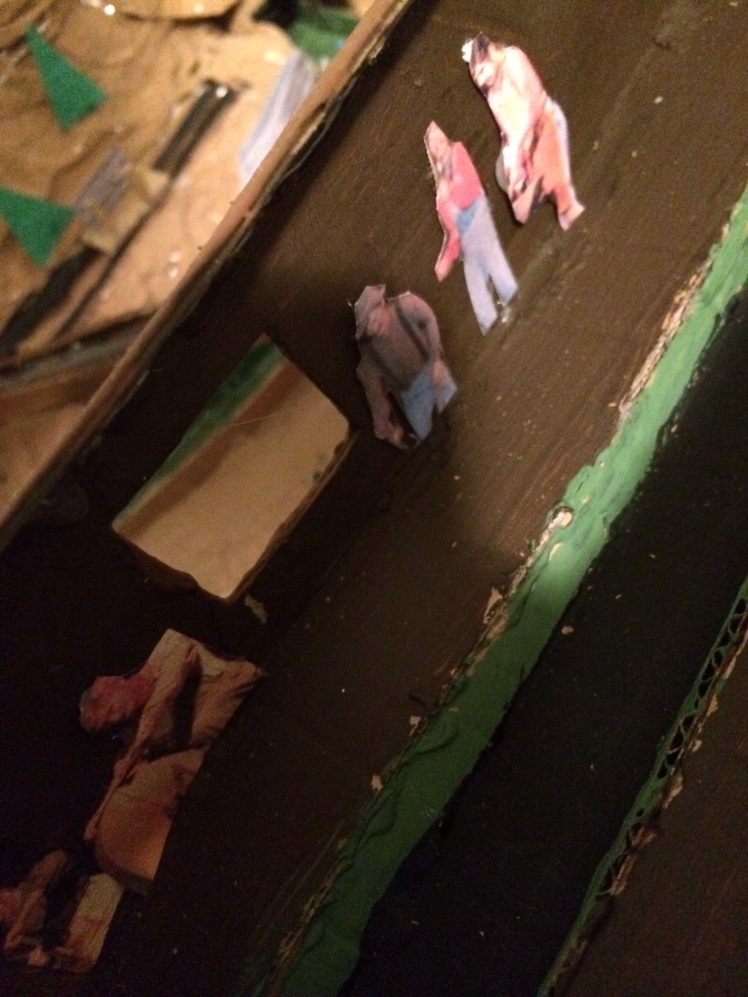 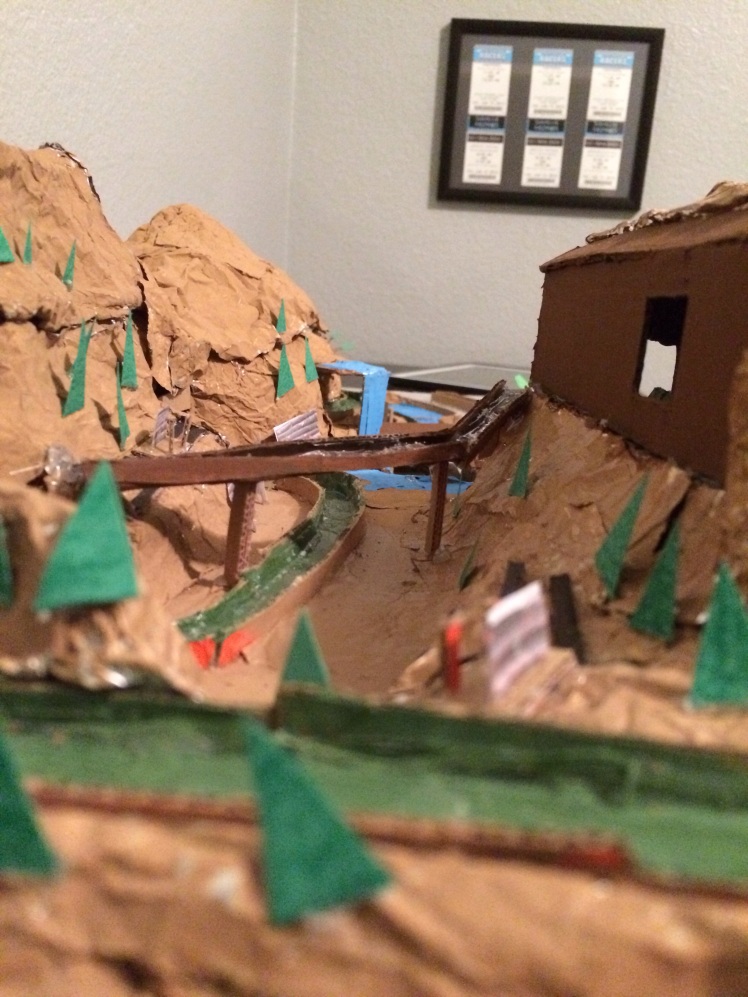 The Timber Mountain Log Ride is my most ambitious model yet. My current model is the Finding Nemo Submarine Voyage at Disneyland. You can get updates on my model by following my on Facebook and Twitter.