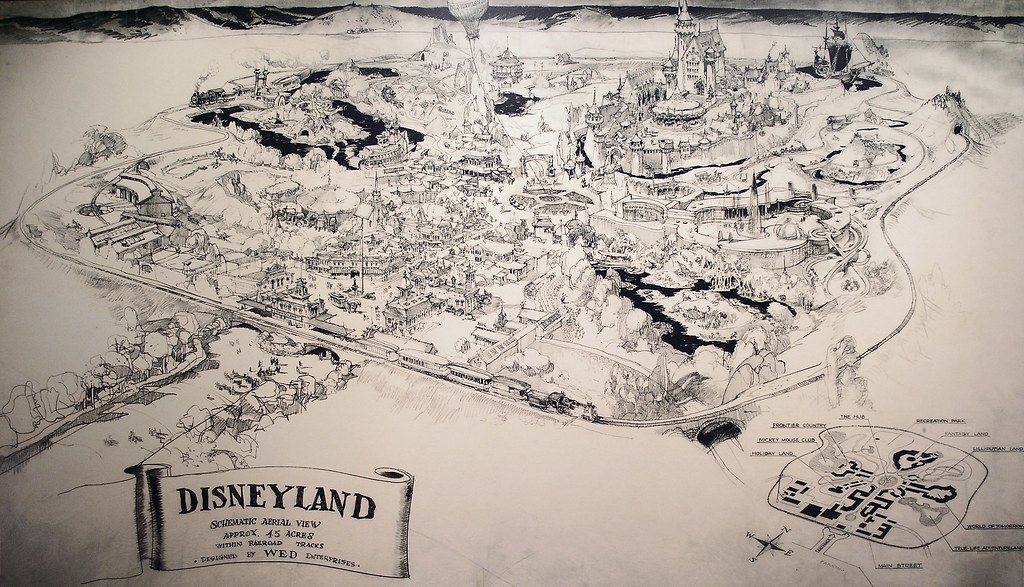 Later, art by the famous matte painter, Peter Ellenshaw shows what would become the opening day version of the railroad, a triangle with rounded edges. 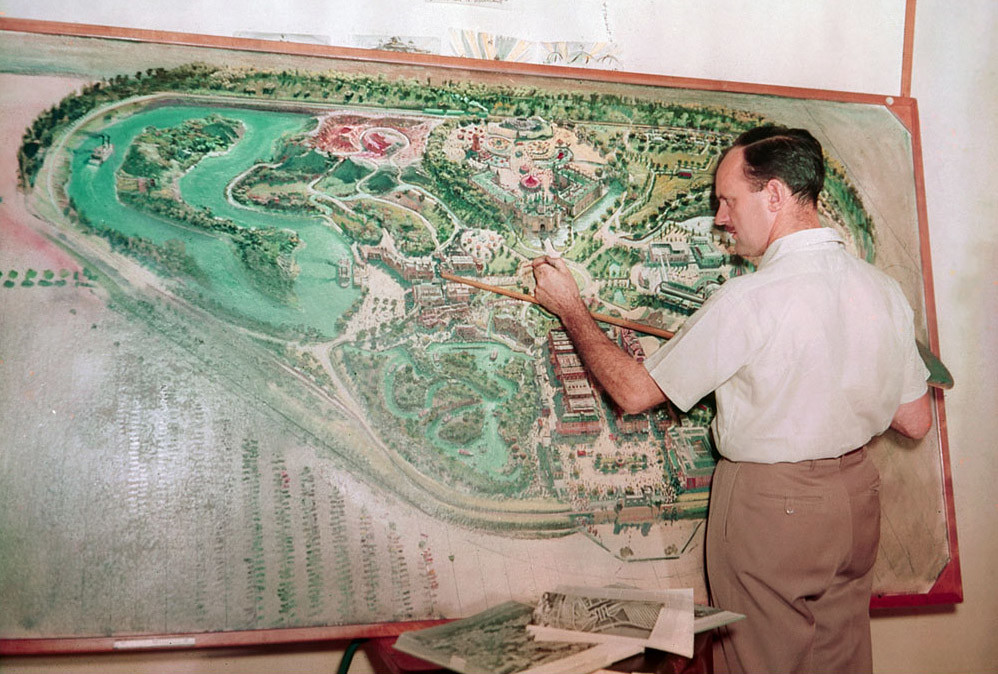 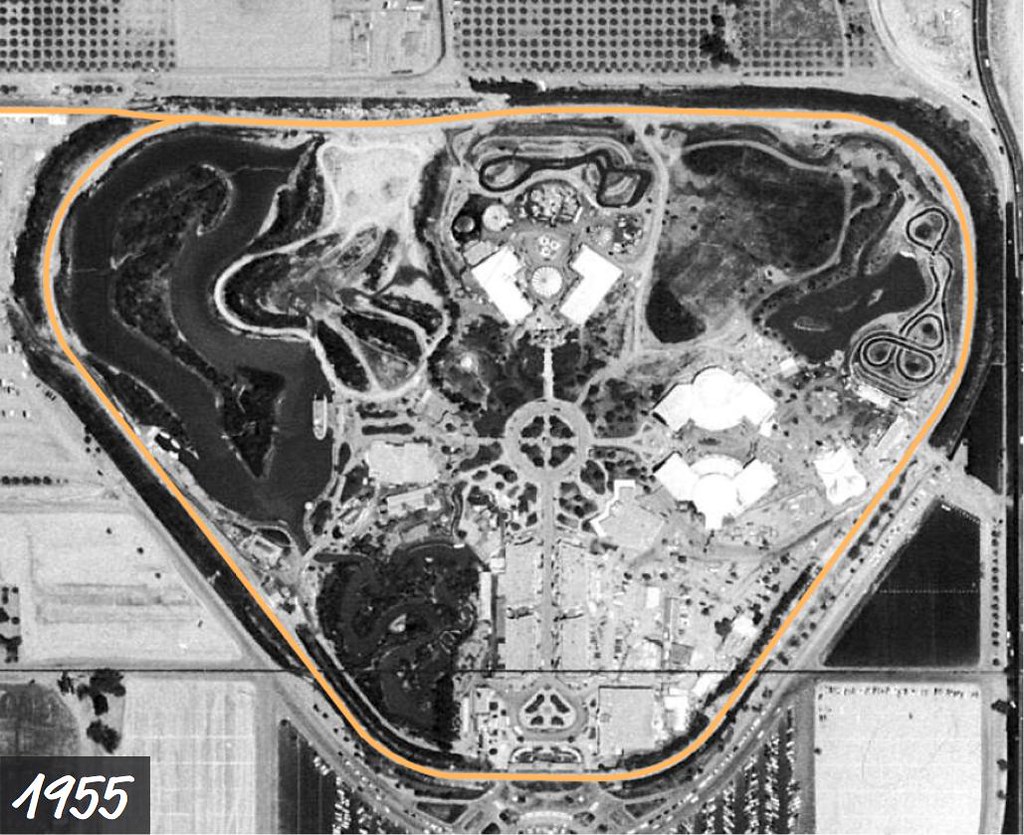 In 1958 the railroad had its first major change when the Grand Canyon diorama was added. The gorgeous mural was painted by artist Delmer J. Yoakum. The tracks were pushed back a bit and a slight curve was added, this section of track maintains the shape to this day. 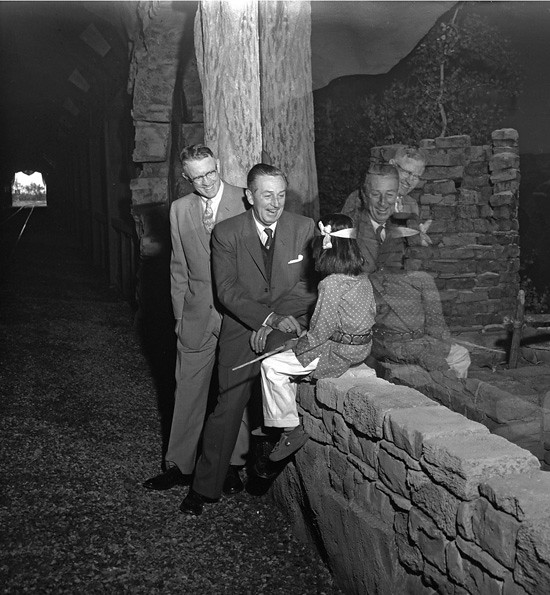 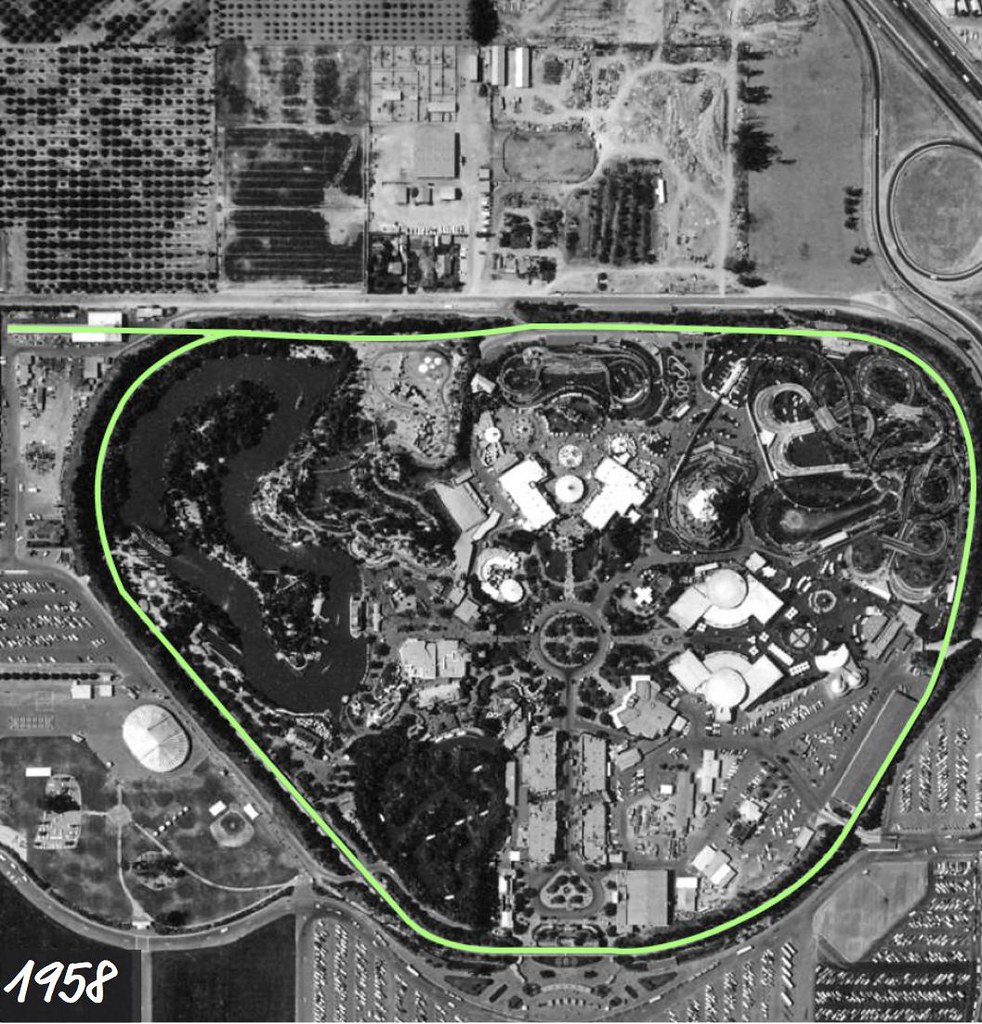 In 1962 the tracks on the west side of the railroad were also pushed out, and the station was moved to the other side. This station is modeled after the one used in the film “So Dear To My Heart.” The original set from the film was given to animator and friend of Walt Disney, Ward Kimball. Walt asked for the station back to use in the park but Ward refused, so Walt had to recreate the depot. 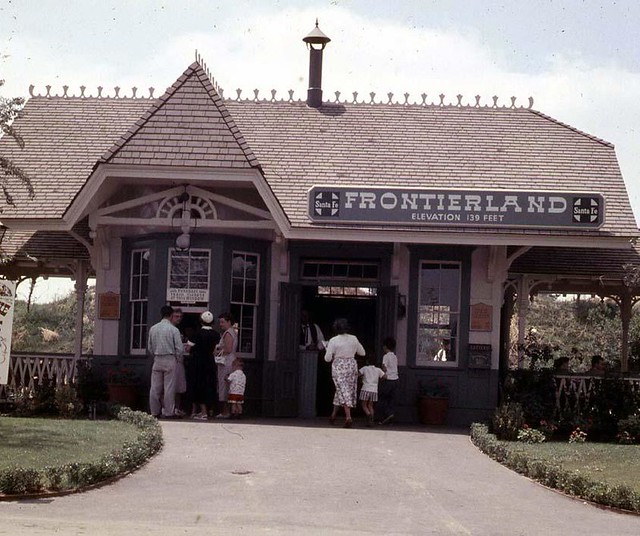 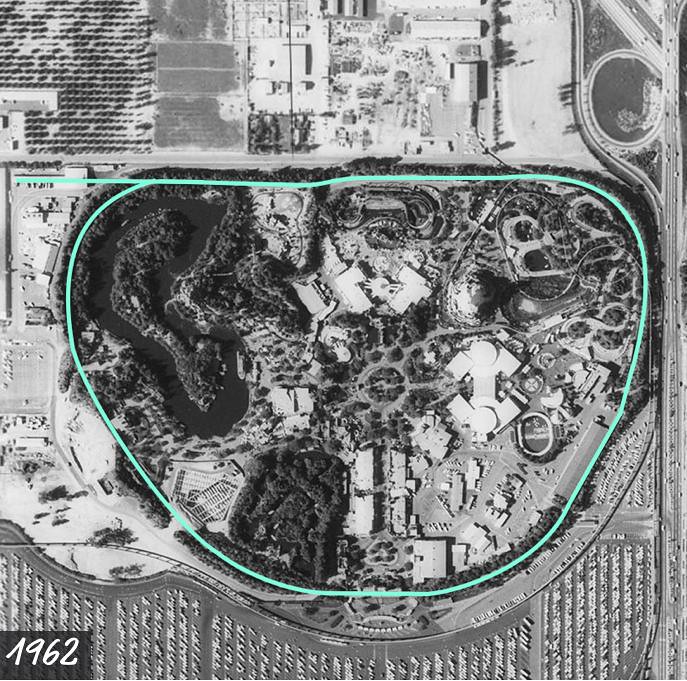 A small side switch was used until 1958 when only two trains ran and stopped at their own respective stations. The outer siding was used as a bypass for Retlaw 1 from Main Street while the Frontierland station could load the cattle cars, Retlaw 2. When the tracks were relocated in 1962, the bypass was also relocated, but with no purpose anymore, it was eventually removed in 1966 when New Orleans Square was added. 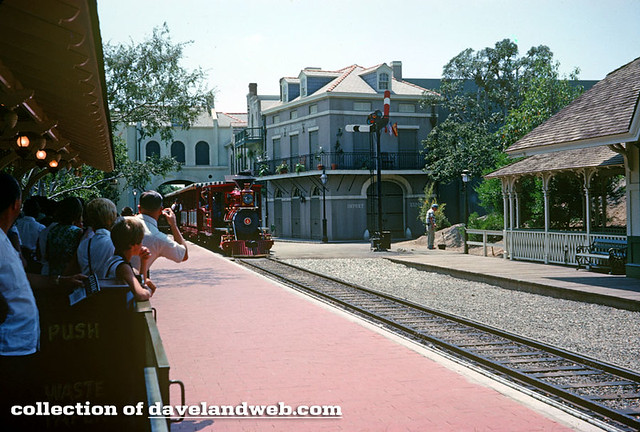 In 1966 the tracks were changed once again. The northern portion was pushed out to give space for It’s a Small World and future expansion. 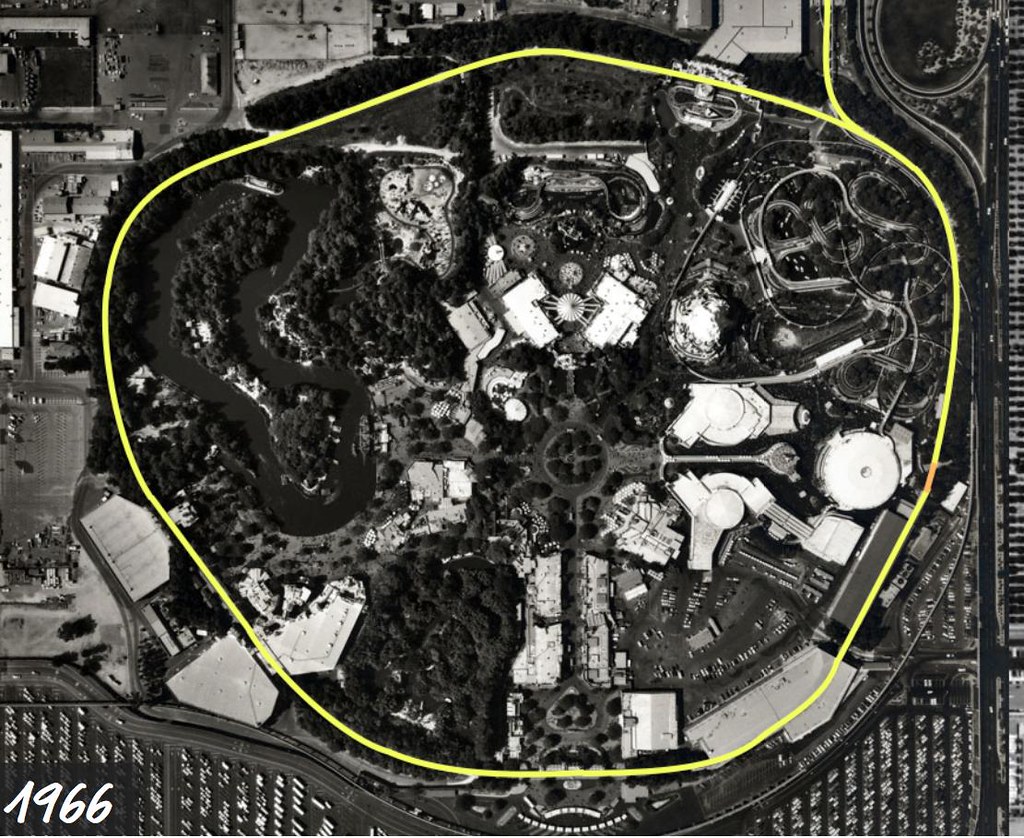 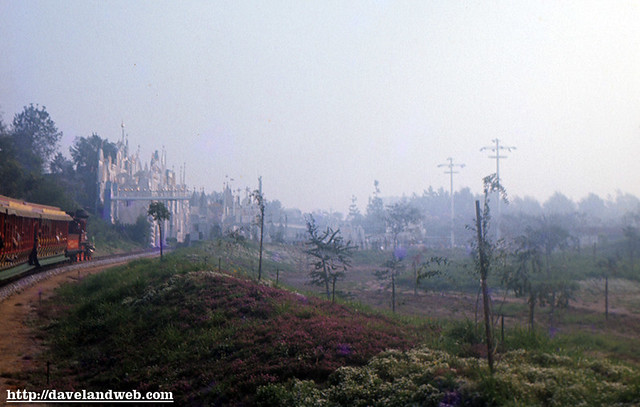 That takes us to today. The Disneyland Railroad and the Rivers of America closed in January 2016 so they can be rerouted for the Star Wars expansion. The river is being slightly shorted and the train is now going to follow and curve around the new river bank. There will be three new bridges for the railroad to pass over, these new pathways will lead into the Star Wars land. Many new trestles will be built with waterfalls cascading underneath along the new north edge of the river. According to the rumored plans, a partially rerouted Toontown Tunnel will be also built. Perhaps some element for the long gone Mine Train Thru Nature’s Wonderland will be added? Would be a nice touch. 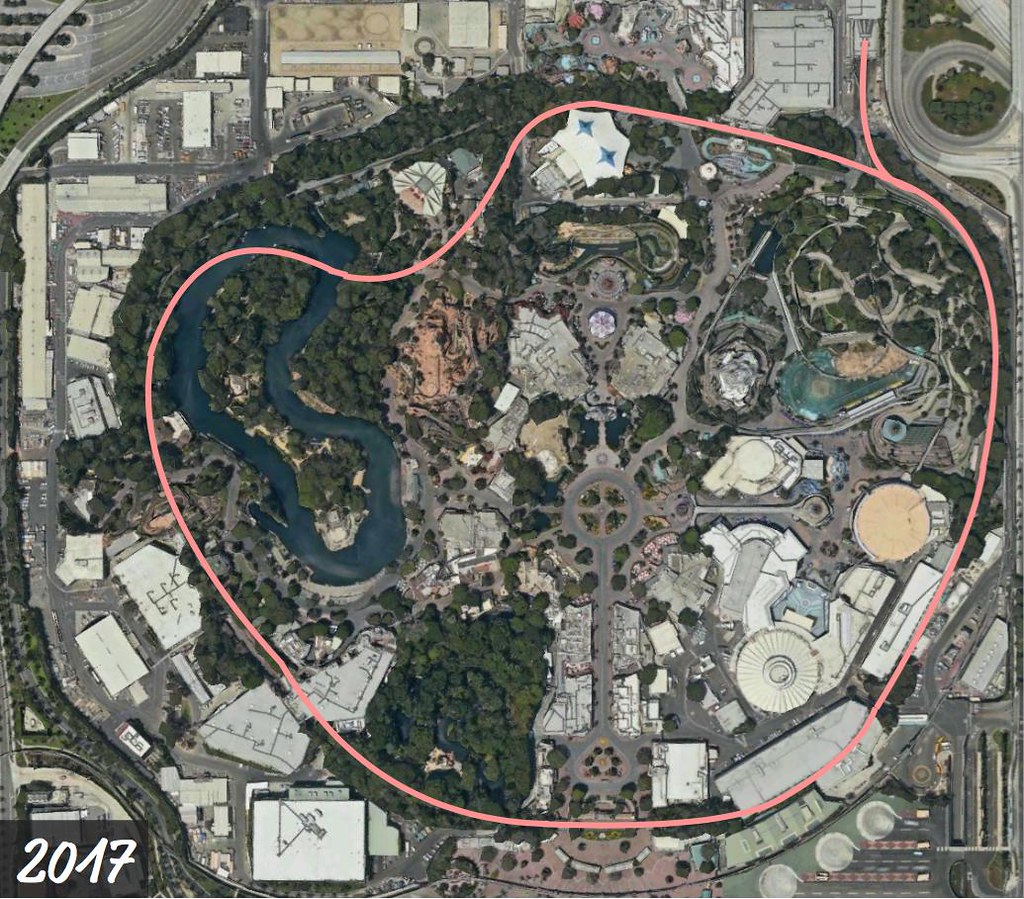 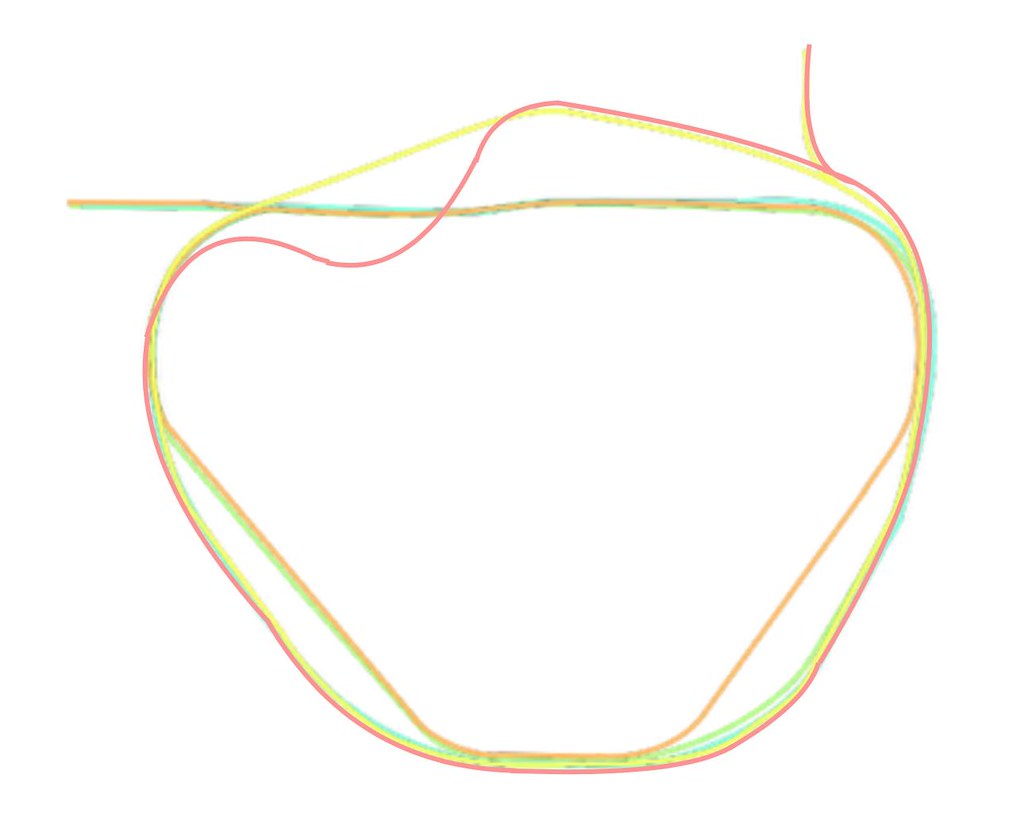 Overview of all the track changes to Disneyland Railroad.

As you can see, none of the other changes to the Disneyland Railroad have been this massive before. We’ll have to wait and see how the new section of the railroad and river are when these classic elements of Disneyland reopen in the summer of 2017.

5 thoughts on “Disneyland Railroad Layout Through the Years”