Universal Studios Hollywood recently opened their brand-new finale to the Studio Tour, Fast and Furious- Supercharged. The attraction is housed in a massive show building, able to hold three trams for the Studio Tour. The ending for the experience takes place in a large wrap around screen immersing the tram in the action.

My model was started a few days after the attraction opened. I used wood for the base of this model, instead of cardboard. The media content in the main scene was cropped and warped out from an on-ride video. The facade was created digitally, along with the cargo containers at the end, as well as the tram vehicles. 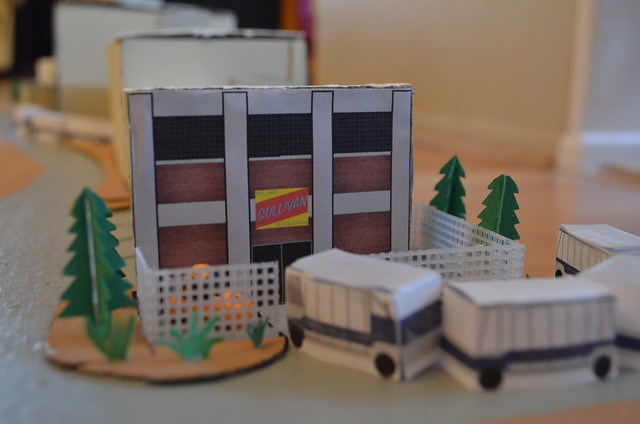 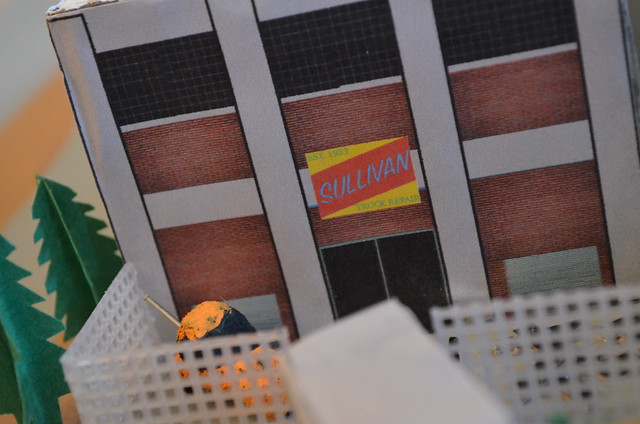 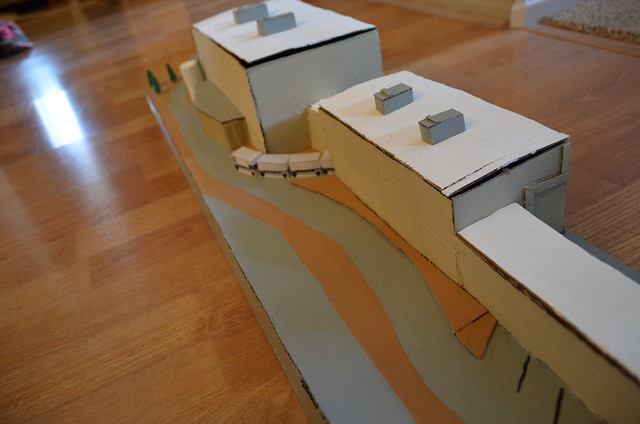 The tram exiting on the side of the building is used if the attraction breaks down and the vehicle drives around the other, back to the entrance. 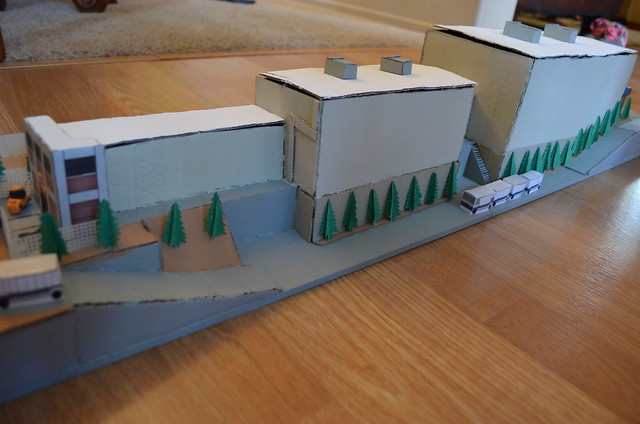 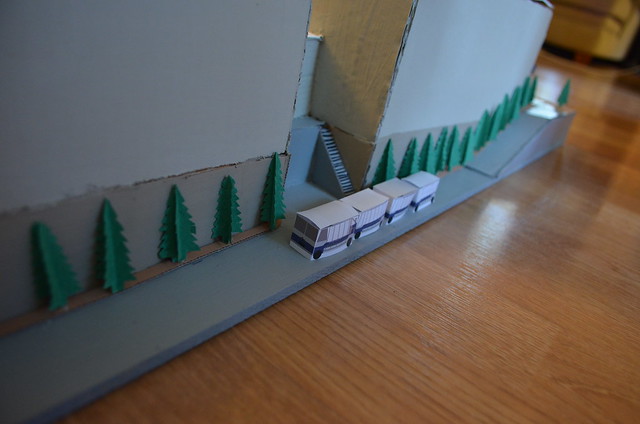 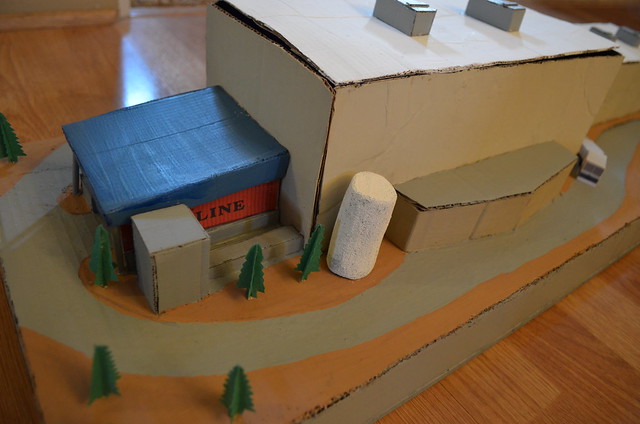 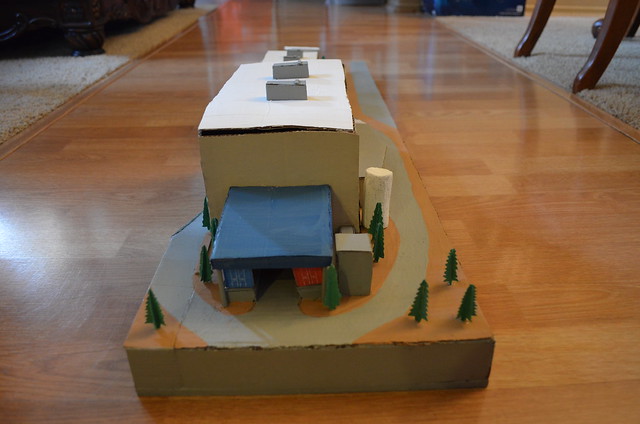 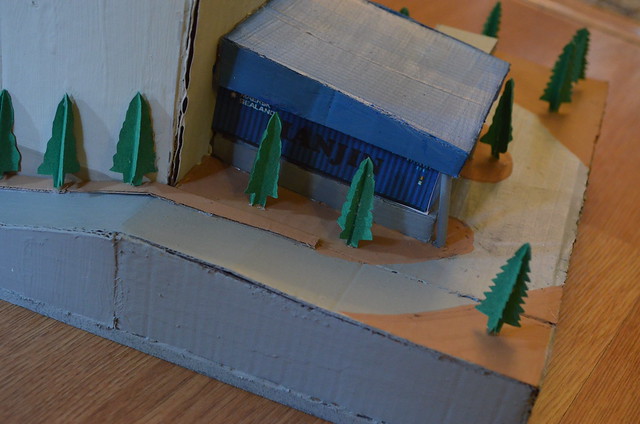 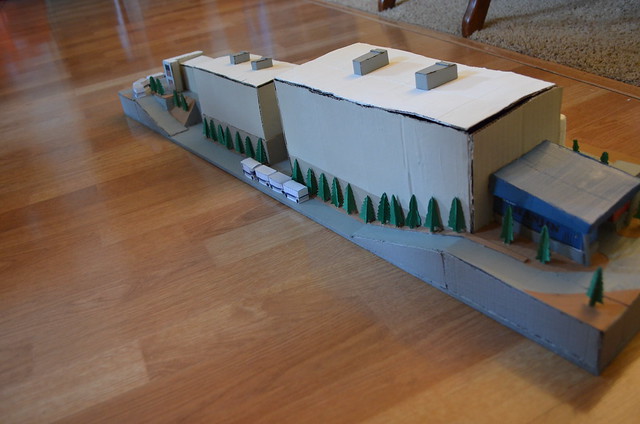 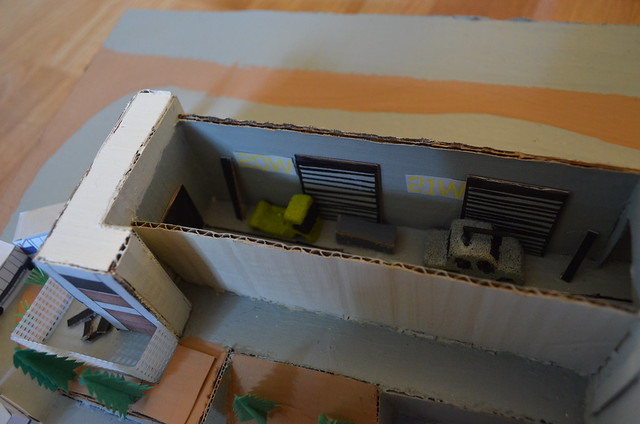 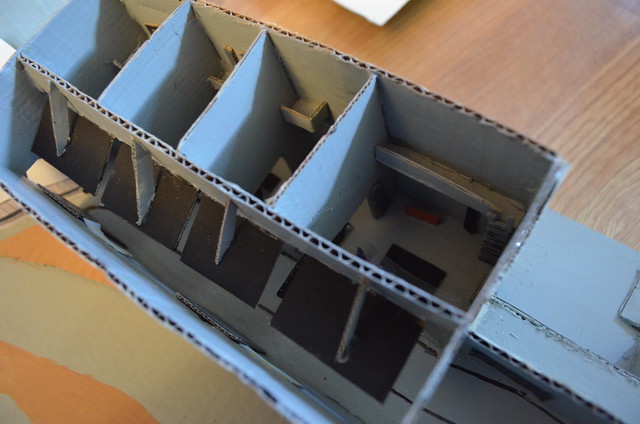 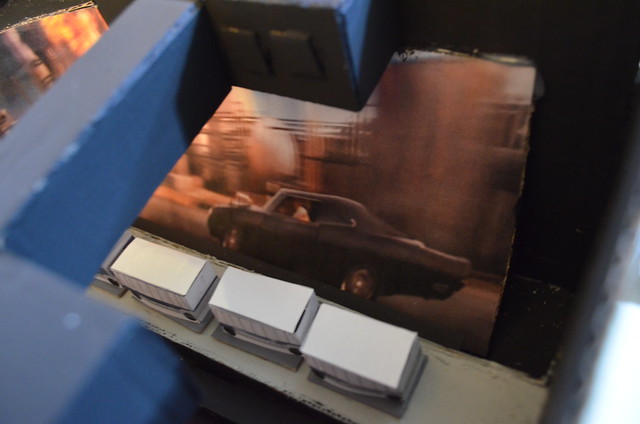 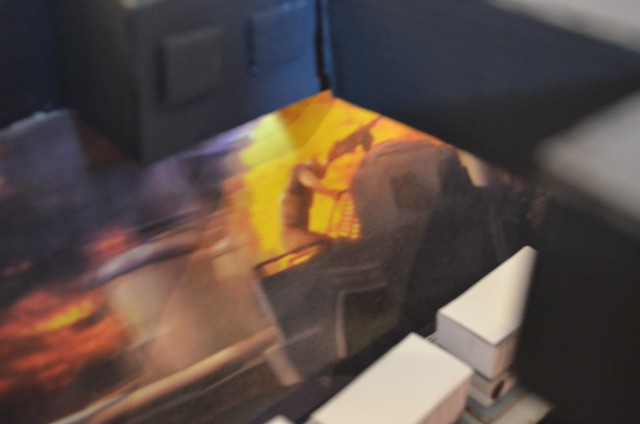 The large rooms above the screens and tram roadway are the projection rooms housing 18 projectors with a 4K resolution. 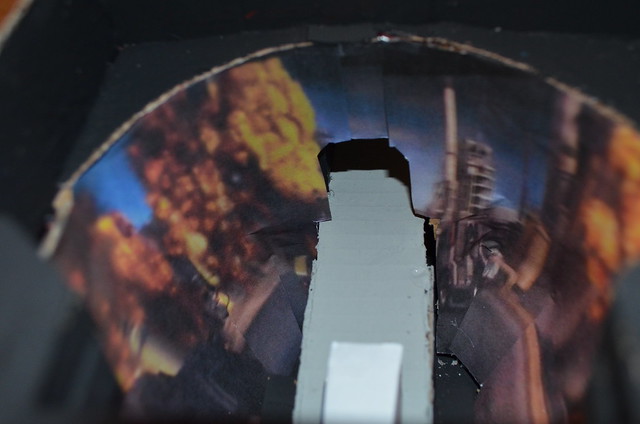 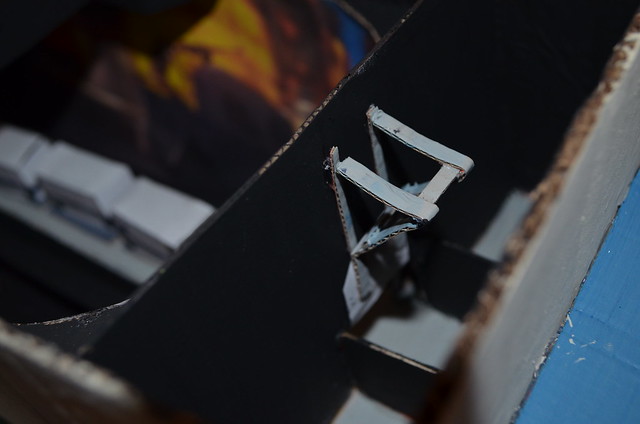 You can see part of the massive show action equipment that moves the flying screen out of the reach envelope. 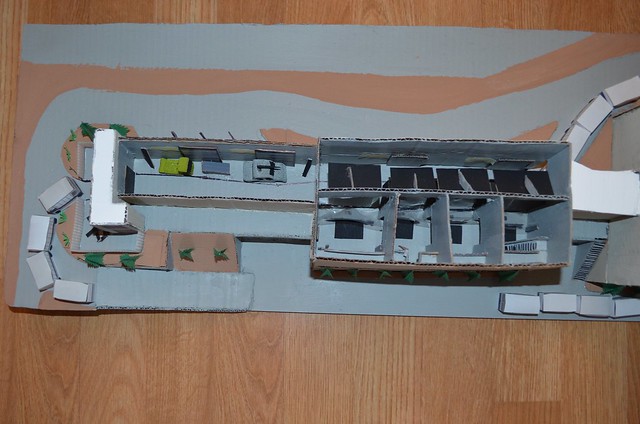 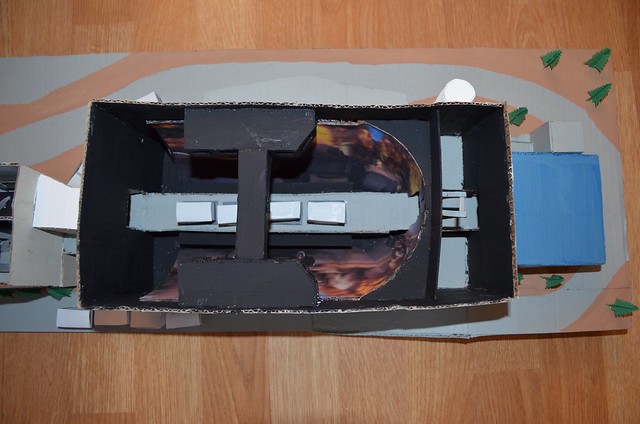 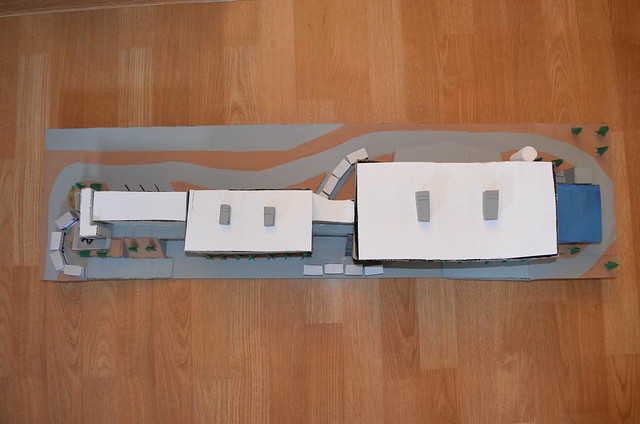 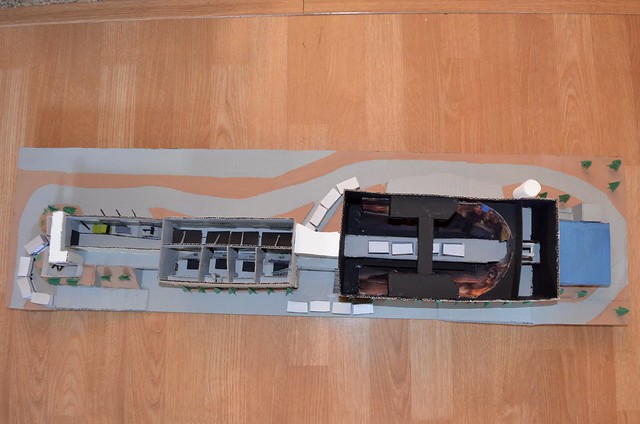 I hope you enjoyed this model and please share it online. If you want to see my model of Big Thunder Mountain in person, come to the D23 Expo and see it for yourself.