The Mystery Island Banana Train opened in 1958. The train was located inside Pacific Ocean Park. The park featured many unique rides located on a pier in Santa Monica above the ocean. The Mystery Island Banana Train was known as the best ride in the park. It was located on the very end of the pier and pulled guests in to the back of the pier. The ride featured six trains each with two cars and one engine located in the back. The trains were built by Arrow Development. The guests crossed over a rope bridge above the water, and then loaded the train under a large longhouse. Waterfalls covered the pylons that held up the attraction. The ride started off in the jungle with a live parrot, cannibals and vultures. Soon guests found their train climbing up a long lift that took them inside the volcano. Inside the show building, hidden with a false mountain, guests encountered a large cavern filled with bats. The train soon entered the crater of the volcano. Here, lava would be bubbling up from the ground. The train crossed under it’s track and entered back into the mountain. In the next scene geysers erupted carrying lava up with them. Riders soon found themselves in an earthquake. This part used rotating tunnels similar to the now closed Mummy tunnel at Universal Studios Hollywood. The train now was traveling over a rickety trestle with the ocean below. The next show building was disguised with more rock work and thatched longhouses on the roof. That building housed the final, a massive sea storm. The train escaped and crossed over its tracks again. An animatronic bird would thank the guests for riding before they disembarked. The mountain at the end of the attraction also housed the turnaround for the Ocean Skyway attraction. Low revenue resulted in the ride closing in 1967 along with the rest of the pier. The pier was demolished in 1975.

The following pictures are from the Pacific Ocean Park Facebook page. 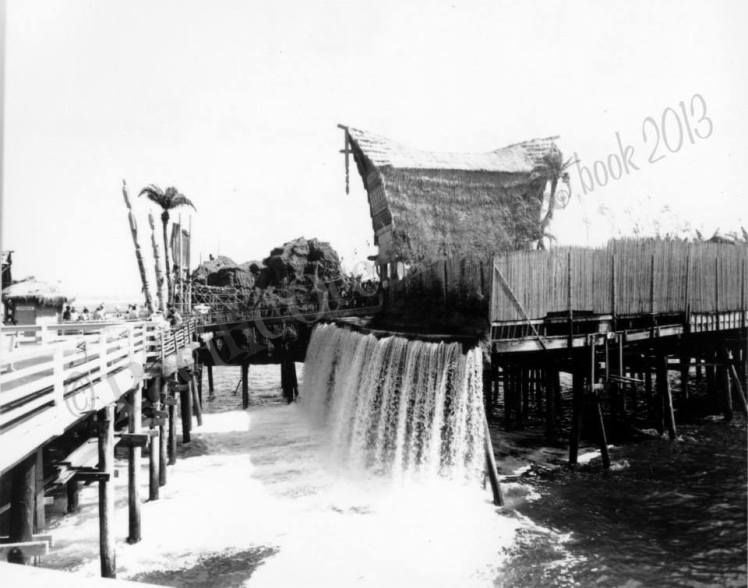 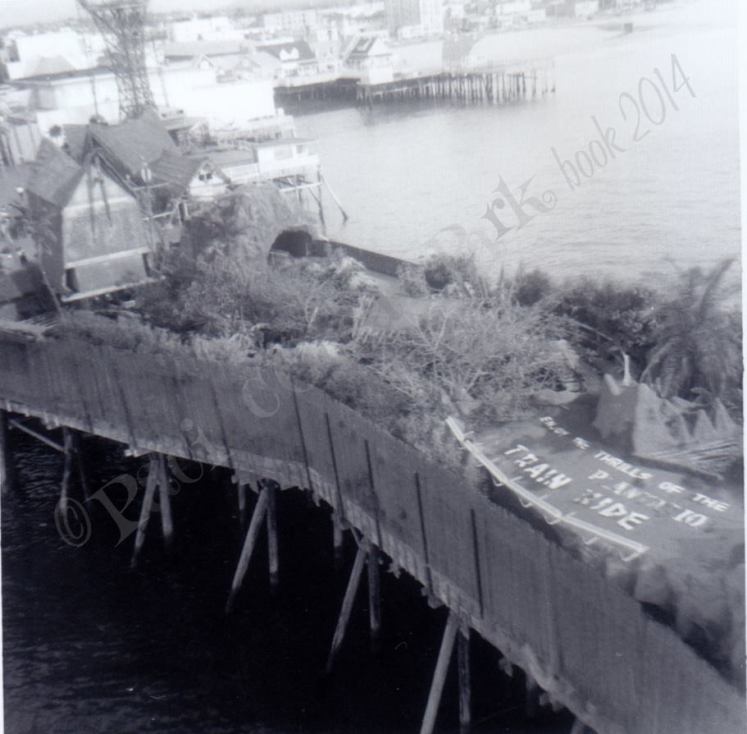 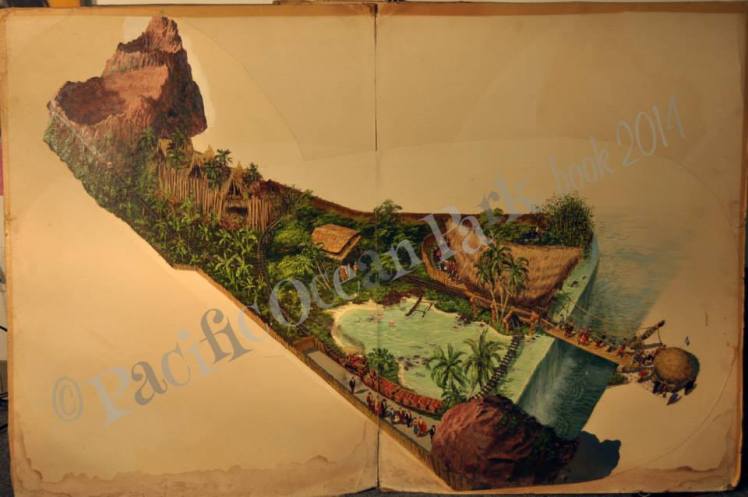 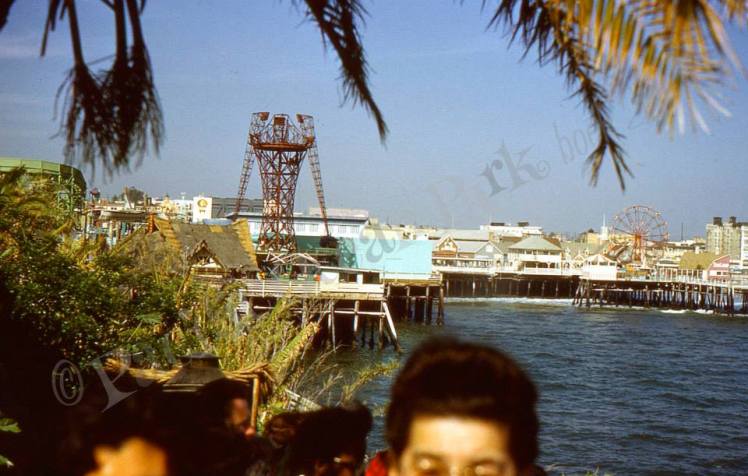 Here is the attraction’s layout from the collection of Jed Blaugrund.

Here are the pictures of the model I made of the ride. 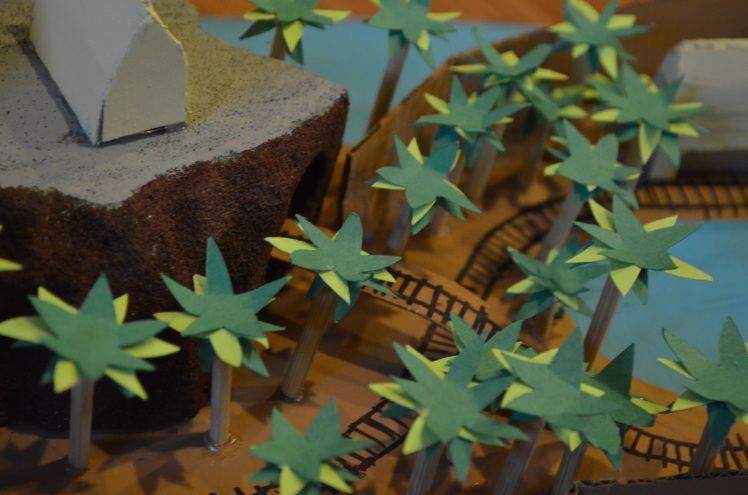 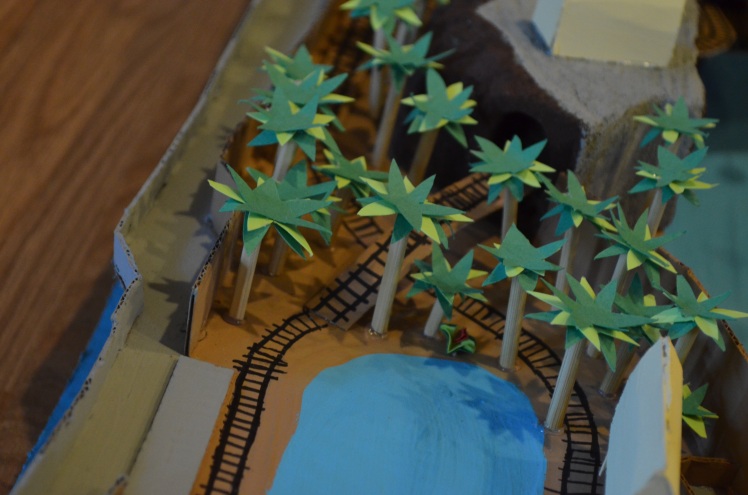 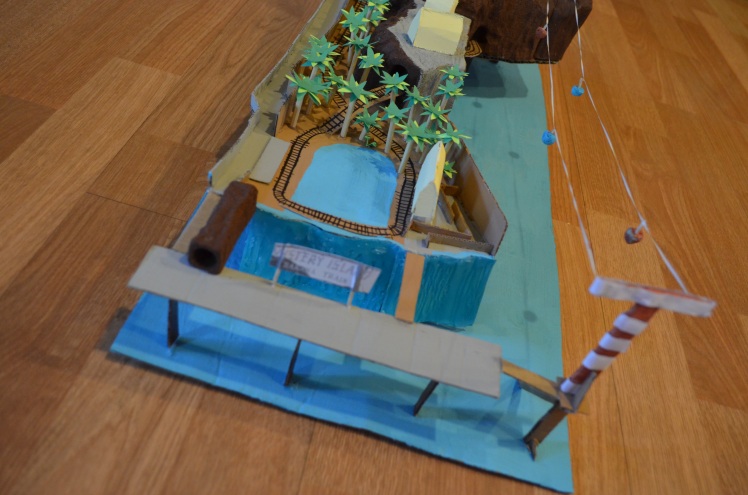 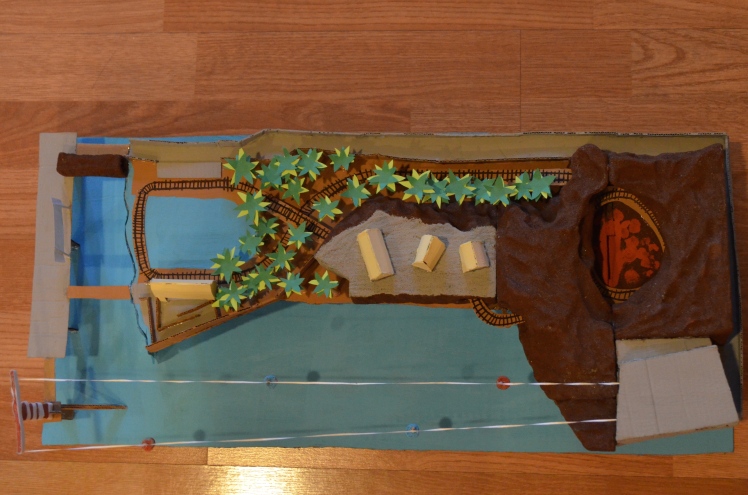 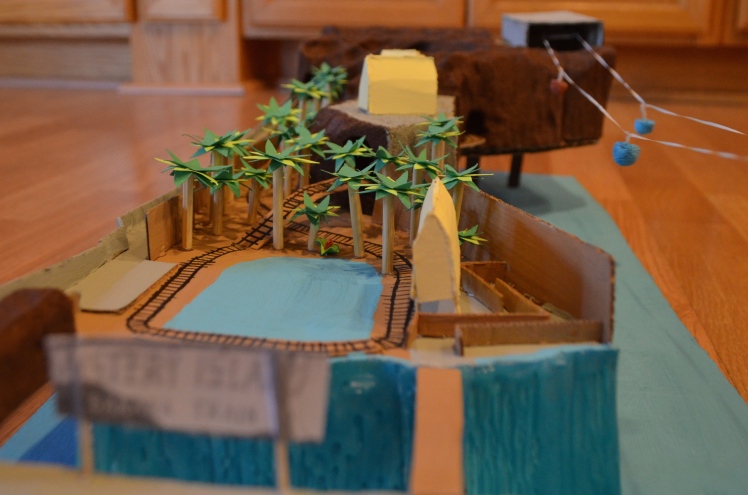 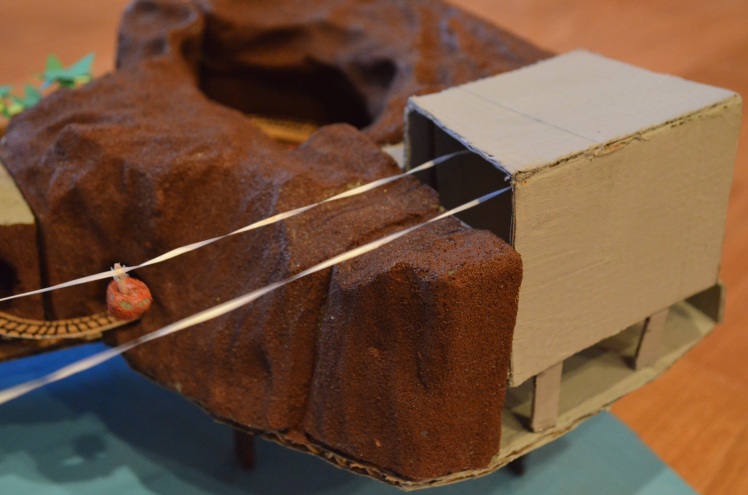 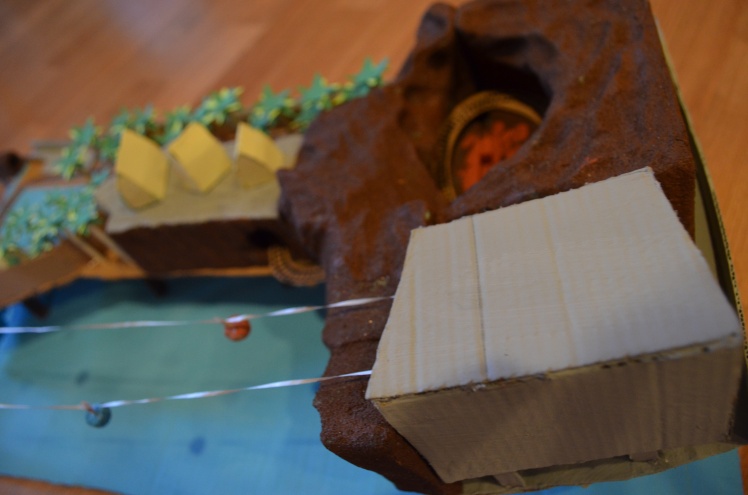 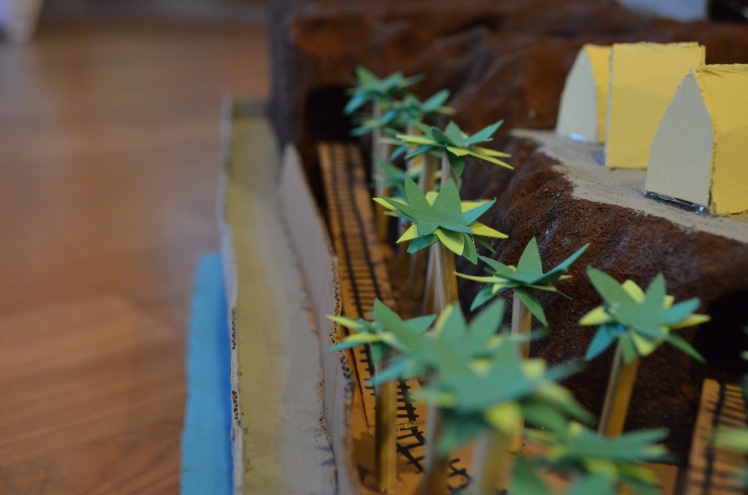 There are unfortunately no videos of the ride, giving me no visual information on the interior sets, so I did not build them. I highly suggest that you purchase the new book all about Pacific Ocean Park that was co-written by Christopher Merritt. He also co-wrote the fantastic book about Knott’s Berry Farm, Knott’s Preserved. I hope you enjoyed this look at a long gone classic that very few got to ride. I’ll be reporting at the reopening of the famous Calico Mine Ride and the remodeled Camp Snoopy at Knott’s Berry Farm so look for coverage on that here, Facebook, Twitter and YouTube.